BK Häcken will arrive at Eleda Stadion on Saturday for the Allsvenskan showdown with home side Malmö.

Our Malmö FF v BK Häcken predictions, statistics and match poll can be seen below (inc. the best betting odds).

Malmö, buoyed by their previous result, will be hoping for more of the same after a 0-2 Allsvenskan victory over IFK Göteborg.

Jon Tomasson's Malmö FF have seen rewards for their attempts on goal a sum total of 7 times in their past 6 outings. The comparative tally of goals that have been scored against them in that time stands at 8.

Ahead of this clash, Malmö FF have not lost a league tie with BK Häcken in their previous 7 matches.

BK Häcken will come into the clash following a 2-0 Allsvenskan win as they beat Degerfors IF in their most recent fixture.

In their previous 6 outings, BK Häcken have amassed a total of 13 goals. BK Häcken have additionally got on the scoresheet in every single one of those games. During those fixtures, they have seen 9 goals scored by their opponents.

Looking over their prior head to head meetings stretching back to 07/10/2018 tells us that Malmö have won 2 of these & BK Häcken 0, with the number of draws being 4.

A combined sum of 14 goals were scored between them in this period, with 9 for Himmelsblått and 5 belonging to Getingarna. That is an average goals per game value of 2.33.

The Malmö manager Jon Tomasson will be grateful to have no fitness concerns at all coming into this match owing to a completely healthy group to pick from.

With a completely healthy group available to select from, the BK Häcken boss Per-Mathias Hogmo has zero fitness worries to speak of before this clash.

Looking at these two teams, we feel that Malmö FF have it within them to dominate possession and create several successful chances.

However, BK Häcken may well struggle to score a goal of their own although we do reckon that they could well end up managing to get on the scoresheet as well here. 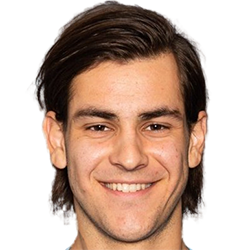 Generally taking to the field in the Striker position, Adi Nalić was born in Sölvesborg, Sweden. Having made his senior debut playing for AFC Eskilstuna in the 2019 season, the dangerous Forward has bagged 7 league goals in the Allsvenskan 2021 season to date coming from a total of 26 appearances.

We have made these Malmö FF v BK Häcken predictions for this match preview with the best intentions, but no profits are guaranteed. Please always gamble responsibly, only with money that you can afford to lose. Best of luck with your selections.