The Ligue 2 tie at Stade Gaston-Gérard on Monday sees home side Dijon go up against opponents AJ Auxerre.

All Dijon v AJ Auxerre game predictions, stats and user poll are shown below - plus the latest match odds.

Dijon will be hoping to return to winning ways here after the 1-0 Ligue 2 defeat in their last game at the hands of AC Ajaccio.

It’s been a rare occasion in recent games where Dijon have kept a clean sheet. In fact, Dijon have been scored against in 5 of their previous 6 matches, leaking 6 goals during that time.

Heading into this contest, Dijon have not beaten AJ Auxerre in their previous 3 league games.

AJ Auxerre head into the clash following on from a 4-1 Ligue 2 win to defeat Pau FC in their most recent match.

Jean-Marc Furlan's AJ Auxerre have had reason to celebrate scoring 9 times in the course of their most recent sextet of matches. The overall goals that they have conceded during those same clashes adds up to 10.

Going into this contest, AJ Auxerre have not beaten Dijon in away games against them for the last 3 matches in the league.

If we look at their past head to head meetings dating back to 27/09/2013, neither club has come out on top overall with Dijon winning 2 of those games, AJ Auxerre 2 and 2 being draws in regulation time.

A combined sum of 11 goals were shared by the two clubs throughout the course of those matches, with 4 of them from Dijon and 7 coming from AJA. That’s an average goals per game of 1.83.

The Dijon boss Patrice Garande has zero fitness concerns whatsoever before this game thanks to a completely healthy group available to choose from.

With a completely injury-free group to pick from, the AJ Auxerre boss Jean-Marc Furlan doesn’t have any fitness worries whatsoever ahead of this clash.

We’re of the opinion that AJ Auxerre and Dijon could both end up scoring in what appears to be a good match-up, with little separating these two teams.

There should be little in it, and a draw looks to be quite a realistic result. That is why we are leaning toward a tight encounter, finishing with a score draw at the end of the 90. 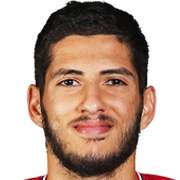 Mostly played in the Central Attacking Midfielder position, Yassine Benzia was born in Saint-Aubin-les-Elbeuf, France. After making a first senior appearance for Lyon in the 2011 - 2012 season, the talented Midfielder has bagged 3 league goals in this Ligue 2 2021 - 2022 campaign to date coming from a total of 12 appearances.

While we have made these predictions for Dijon v AJ Auxerre for this match preview with the best of intentions, no profits are guaranteed. Always gamble responsibly, and with what you can afford to lose. We wish you the best of luck.