The Eredivisie clash at De Grolsch Veste on Thursday sees hosts FC Twente ready themselves for the visit of Ajax.

All of our predictions, stats and the user poll for FC Twente v Ajax are shown below - as well as up-to-date odds.

FC Twente will be looking for a repeat result of a 1-4 Eredivisie success against FC Emmen.

It has been a rare occasion in recent times where FC Twente have kept a clean sheet. It will be a concern for them that De Tukkers have failed to prevent opponents from scoring in 6 of their previous 6 matches, letting in 10 goals along the way. That being said, we must now wait to see whether that trend will be sustained in this game.

Going into this one, FC Twente have not won at home in their last 4 league matches. Their supporters are understandably frustrated.

In their previous fixture, Ajax drew 2-2 in the Eredivisie match with PSV Eindhoven.

Indicating their predisposition for eventful encounters, goals have been celebrated 26 times in the previous 6 matches in which Ajax have taken to the field, making it an average of 4.33 goals for each meeting. Opposing teams have managed 10 of those goals.

Leading up to this clash, Ajax:

Inspecting their prior head-to-head meetings dating back to 11/12/2016 tells us that FC Twente have won 2 of these games & Ajax 3, with the tally of drawn games standing at 1.

Those games weren’t short on goals, either, with 23 overall at an average of 3.83 goals per match.

The previous league match between these sides was Eredivisie match day 11 on 05/12/2020 when the final score was Ajax 1-2 FC Twente.

FC Twente boss Ron Jans doesn’t have any fitness worries whatsoever ahead of this game thanks to a fully injury-free group to choose from.

Ajax manager Erik ten Hag has multiple availability issues to deal with. Lassina Traoré (Knock) and David Neres (Ankle Injury) are names that won’t be on the team sheet.

We believe that Ajax certainly have the ability to create the chances to score more than once against FC Twente, who could well struggle to score themselves.

Accordingly, we see a fairly comfortable 0-2 victory for Ajax when the full-time whistle blows. 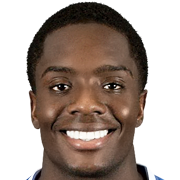 Mostly used in the Left Wing position, Queensy Menig was born in Netherlands. Having made a first senior appearance for Jong Ajax in the 2014 - 2015 season, the talented Forward has scored a sum of 6 league goals in this Eredivisie 2020 - 2021 season so far in a total of 13 appearances.

We have made these FC Twente v Ajax predictions for this match preview with the best intentions, but no profits are guaranteed. Please always gamble responsibly, only with money that you can afford to lose. Good luck with your selections.