Ajax head to De Kuip on Sunday for the Eredivisie game with home team Feyenoord.

Feyenoord are hoping to win again after their last result, a 0-3 Eredivisie success against FC Groningen.

Feyenoord haven’t had any problems with scoring, netting in each and every one of their last 6 matches.

They’ve totted up the amount of 15 during that period while also conceding a total of 3.

Looking at their past form shows that Feyenoord:

In their last game, Ajax drew 0-0 in the Eredivisie tie with FC Twente.

Alfred Schreuder's Ajax have seen their goal attempts be successful a total of 9 times in the course of their latest 6 matches. The number of goals that they have conceded during that period equals 8.

Looking at their past form shows that Ajax:

Inspecting their prior head-to-head clashes stretching back to 27/01/2019 shows us that Feyenoord have won 1 of them & Ajax 5, with the tally of drawn games being 0.

Loads of goals were seen in those games, too - 23 overall at an average of 3.83 goals per meeting.

The last league meeting between the two was Eredivisie match day 27 on 20/03/2022 when it finished Ajax 3-2 Feyenoord.

We feel that Ajax and Feyenoord are both more than capable of scoring here.

Let’s see what happens, but it could well be that we get quite a few goals with scores finishing level. We’re therefore expecting a very even contest with a 2-2 at the end of the 90 minutes. 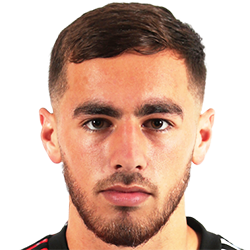 Generally played in the Centre Midfield position, Orkun Kökçü was born in Haarlem, Netherlands. Having made his senior debut playing for Feyenoord in the 2018 - 2019 season, the talented Midfielder has scored a sum of 7 league goals in the Eredivisie 2022 - 2023 campaign so far from a total of 15 appearances.

We have made these Feyenoord v Ajax predictions for this match preview with the best intentions, but no profits are guaranteed. Please always gamble responsibly, only with money that you can afford to lose. Best of luck.