The La Liga clash at Estadio Ramón de Carranza on Sunday sees hosts Cádiz fighting it out with Alaves.

Cádiz head into this match coming off the back of a 0-0 Copa del Rey drawn result vs Pontevedra.

Under three goals per match were seen in 6 of the past 6 fixtures where Cádiz have been involved. In terms of the goal weighting during that period, opposing sides scored an aggregate of 4 while Submarino amarillo got themselves 3. That sort of trend isn’t assured to follow through into this match, however.

Their previous form shows that Cádiz:

Alaves will come into the meeting following a 0-1 Copa del Rey win to beat Deportivo de La Coruña in their previous match.

In that match, Alaves managed 45% possession and 12 attempts on goal with 3 on target. The only player on the scoresheet for Alaves was Luis Rioja (75'). For their opponents, Deportivo de La Coruña had 9 shots on goal with 0 of them on target.

Throughout their six previous matches, Pablo Machín's Alaves have seen their goal attempts be successful a total of 7 times therefore yielding them the goals scored per game average of 1.17.

A look at their previous results shows us that Alaves:

Drawn results are a common outcome in games between the two sides. In their head to head meetings going back to 30/10/2005, the records show 5 of these. That’s a really high 83% of games ending as stalemates.

8 goals were yielded between them in this period, with 5 for Submarino amarillo and 3 coming from Babazorros. That’s an average goals per game of 1.33.

Cádiz manager Álvaro Cervera will be grateful not to have any fitness concerns at all coming into this game thanks to a fully healthy squad to choose from.

Owing to a fully injury-free group to choose from, Alaves boss Pablo Machín does not have any fitness concerns at all before this clash.

Our thinking is that Alaves and Cádiz could well end up finding themselves level here, with both teams capable of netting.

A draw is a real possibility, as we are expecting there to be little between them. We’re therefore seeing a tight encounter with a 1-1 score draw when the referee blows the full-time whistle. 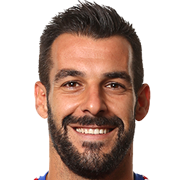 Customarily used in the Striker position, Álvaro Negredo was born in Madrid, Spain. After making a first senior appearance for Real Madrid B in the 2005 - 2006 season, the accomplished Forward has scored 3 league goals in the LaLiga 2020 - 2021 season to date coming from a total of 14 appearances.

We have made these Cádiz v Alaves predictions for this match preview with the best intentions, but no profits are guaranteed. Please always gamble responsibly, only with money that you can afford to lose. Best of luck with your selections.