The La Liga meeting at Visit Mallorca Estadi on Saturday sees home side Mallorca take to the field against opponents UD Almería.

Our Mallorca v UD Almería predictions, statistics and match poll can be seen below - as well as the best betting odds.

Mallorca, buoyed by their previous result, will be hoping for more of the same after a 1-0 La Liga victory against UD Almería.

Javier Aguirre's Mallorca have hit the target a sum total of 7 times in their last 6 outings. The comparative tally of goals that have been scored against them in those same games is 7.

Looking at the pre-match facts, Mallorca:

The numbers tell their own story, and UD Almería have been scored against in 6 of their last 6 matches, conceding 8 goals in all. At the back, UD Almería have seen their frailties exposed. That kind of pattern won’t necessarily be carried forward into this match, though.

Heading into this contest, UD Almería haven’t won away from home in the past 3 matches in the league.

Looking over their past head to head clashes going back to 11/12/2016 tells us that Mallorca have won 4 of these games and UD Almería 2, with the number of drawn games being 0.

A combined sum of 10 goals were scored between them in this period, with 6 of them from Los Bermellones and 4 being from Almería. The average number of goals per game works out to 1.67.

UD Almería got 14 shots at goal with 2 of them on target.

There aren’t many personnel worries, with just a single fitness concern for the Mallorca boss Javier Aguirre to contend with thanks to an almost full-strength set of players. Amath Ndiaye (Finger Injury) is sidelined.

We think that UD Almería may well find it hard to be putting a goal past this Mallorca lineup who we think might well do enough to score at the other end and edge ahead.

We therefore fancy a 1-0 win for Mallorca when the referee blows for full-time. 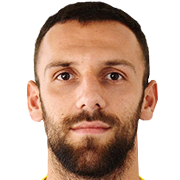 Mostly used in the Striker position, Vedat Muriqi was born in Prizren, Kosovo. Having made his senior debut playing for Giresunspor in the 2014 - 2015 season, the talented Forward has managed 3 league goals in this LaLiga 2022 - 2023 campaign so far coming from a total of 5 appearances.

We have made these Mallorca v UD Almería predictions for this match preview with the best intentions, but no profits are guaranteed. Please always gamble responsibly, only with money that you can afford to lose. Best of luck with your selections.