Amiens are the guests at Stadium de Toulouse on Saturday for the Ligue 2 showdown with hosts Toulouse.

View all of the Toulouse v Amiens predictions, poll and stats below - plus the latest match odds.

Toulouse will be hoping to return to winning ways here after a 1-0 Ligue 2 loss in their previous game against Rodez.

Over their last six games, Patrice Garande's Toulouse have hit the back of the net a total of 10 times, with that being an average number of goals per match equal to 1.67.

Analysis of their past results shows that Toulouse:

Since tasting defeat last time out to Sochaux in Ligue 2 competition, Amiens and their fans will hope to get a better result this time.

Chris Bedia (65') was the scorer for Sochaux.

A tendency of at least one team not managing to score in games involving Amiens SC has been evident in recent matches. Examining their last six games reveals that it’s occurred 5 times. During those clashes, opposing sides have hit a goal tally of 5 and Amiens have scored 2.

Coming into this clash, Amiens SC are without an away win for the past 3 league matches.

A glance at their past head-to-head meetings stretching back to 17/02/2018 shows that Toulouse have won 2 of them & Amiens 1, with the number of drawn games being 3.

Those games certainly lacked in goals, too, with a tally of 4 scored between them combined.

The previous league encounter between these clubs was Ligue 2 match day 9 on 02/11/2020 which finished with the scoreline of Amiens SC 0-1 Toulouse.

Availability isn’t a big problem, with just one fitness concern for the Toulouse boss Patrice Garande to contend with due to a largely intact group. Wesley Saïd (Cruciate Ligament Rupture) won’t play.

In this match, Amiens have it in them to get a goal against this Toulouse outfit, but that probably shouldn’t prevent them from conceding a couple at the other end.

We’re predicting a narrow 2-1 advantage for Toulouse at the end of this one. Should be a good one. 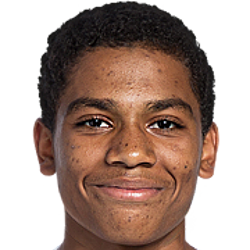 Normally playing in the Central Attacking Midfielder position, Amine Adli was born in France. After having made a senior debut playing for Toulouse in the 2019 - 2020 season, the gifted Midfielder has scored 7 league goals in the Ligue 2 2020 - 2021 season so far in 24 appearances.

While we have made these predictions for Toulouse v Amiens for this match preview with the best of intentions, no profits are guaranteed. Always gamble responsibly, and with what you can afford to lose.