All Galatasaray v Antalyaspor game predictions, stats and user poll are shown below (including the best match odds).

Galatasaray are hoping to win again after their last result, the 4-0 Super Lig success against Hatayspor.

Fixtures involving Galatasaray have often been lively affairs recently with a lot of goalmouth action being a common characteristic. Over their past six clashes, the sum total of 23 goals have flown in for both sides combined (at an average of 3.83 goals per game) with 20 of them belonging to Galatasaray. That kind of pattern won’t necessarily be carried forward here, of course.

Their prior results show that Galatasaray:

Last time out, Antalyaspor drew 2-2 in the Super Lig match with Giresunspor.

The numbers tell their own story, and Antalyaspor have been scored against in 5 of their last 6 games, conceding 10 goals overall. Defensively, Antalyaspor certainly have room for improvement.

Their prior results show that Antalyaspor:

A look at their past head-to-head meetings dating back to 24/07/2020 shows that Galatasaray have won 3 of these and Antalyaspor 0, with the tally of drawn results standing at 3.

10 goals were scored between the two sides in these games, with 7 of them for Cimbom and 3 netted by Akrepler. That’s an average goals per game of 1.67.

The previous league encounter between the two was Super Lig match day 1 on 07/08/2022 which finished with the scoreline of Antalyaspor 0-1 Galatasaray.

In that match, Antalyaspor had 44% possession and 12 shots on goal with 4 of them on target.

On the other side, Galatasaray had 13 shots on goal with 4 of them on target. Bafétimbi Gomis (90') scored.

The match was refereed by Atilla Karaoğlan.

Regarding absentees, there’s just the lone fitness concern for the Galatasaray manager Okan Buruk to be concerned with from of an almost fully healthy group. Kazimcan Karatas (Torn ankle ligament) won’t play.

Due to a mostly healthy group of players, there’s only the one fitness worry for the Antalyaspor gaffer Nuri Şahin to be concerned about. Haji Wright (Thigh Muscle Strain) won’t be playing here. The suspended players who are serving a ban for this game are Fernando and Fedor Kudryashov.

We feel that Galatasaray should get the goals that they need when they face Antalyaspor, who won’t find it easy to break down their defence.

Our tip is for a decent 2-0 victory for Galatasaray at the end of the 90 minutes. 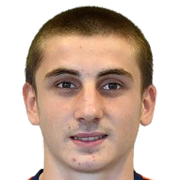 Customarily used in the Left Wing position, Kerem Aktürkoğlu was born in Kocaeli, Turkey. After having played his first senior match for Galatasaray in the 2020 - 2021 season, the accomplished Forward has contributed 7 league goals in the Süper Lig 2022 - 2023 campaign so far in a total of 18 appearances.

While we have made these predictions for Galatasaray v Antalyaspor for this match preview with the best of intentions, no profits are guaranteed. Always gamble responsibly, and with what you can afford to lose. Good luck with your selections.