We’ve got the feeling that Antalyaspor will have to play well to see themselves scoring against this Yeni Malatyaspor side who should win and very possibly keep a clean sheet. That’s why we have predicted a good battle with a 1-0 winning score for Yeni Malatyaspor at the end of the match. Should be an interesting one. All of our predictions, stats and the user poll for Yeni Malatyaspor v Antalyaspor are shown below including the latest game odds.

Ahead of this meeting, Yeni Malatyaspor have not registered a win against Antalyaspor in their previous 2 matches in the league. 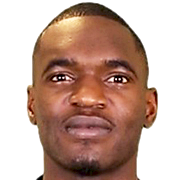 Customarily taking up the Striker position, Thievy Bifouma was born in Saint-Denis, France. Having made his senior debut playing for Espanyol in the 2010 - 2011 season, the gifted Forward has scored 6 league goals in the Süper Lig 2019 - 2020 season to date in 17 appearances.

While we have made these predictions for Yeni Malatyaspor v Antalyaspor for this match preview with the best of intentions, no profits are guaranteed. Always gamble responsibly, and with what you can afford to lose.