All of our predictions, stats and the user poll for Argentinos Juniors v Central Córdoba are shown below - as well as up-to-date odds.

Under three goals per match were seen in 5 of the last 6 fixtures where Argentinos Juniors have taken part. In terms of the goal distribution during this period, opposition teams scored a total of 5 and Bichitos Colorados managed a tally of 6.

After being beaten in their last game against Platense in Copa de la Liga Profesional competition, Central Córdoba will be hoping to turn things around here.

The stats don’t lie, and Central Córdoba have been scored against in 5 of their last 6 matches, letting opponents get 6 goals in total. At the back, El Ferroviario have some weaknesses to address. Such a trend isn’t assured to be sustained here, however.

Argentinos Juniors manager Gabriel Milito has no fitness worries whatsoever ahead of this clash owing to a fully injury-free group to pick from.

Due to a fully injury-free squad to pick from, Central Córdoba manager Alfredo Berti does not have any fitness worries at all ahead of this clash.

We’re of the opinion that Central Córdoba and Argentinos Juniors should both be able to score here although it’s hard to pick a clear winner.

A close call, and we think a draw is quite likely. We’re therefore predicting a tight encounter, finishing with a 1-1 score when the full-time whistle blows. 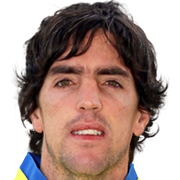 Mostly used in the Left Wing position, Gabriel Hauche was born in Buenos Aires, Argentina. After having made a senior debut playing for Argentinos Juniors in the 2006 - 2007 season, the goalscoring Forward has scored a sum of 7 league goals in the Superliga 2019 - 2020 season so far coming from a total of 22 appearances.

While we have made these predictions for Argentinos Juniors v Central Córdoba for this match preview with the best of intentions, no profits are guaranteed. Always gamble responsibly, and with what you can afford to lose. Good luck!