Estudiantes de La Plata haven’t had any problems with scoring, hitting the target every time they’ve gone out to play in their last 6 games.

They have totted up the amount of 10 during that period while seeing the number of goals scored against them stand at 7.

Argentinos Juniors will go into this clash following on from a 2-1 Copa de la Liga Profesional win over Unión de Santa Fe in their most recent fixture.

Showing their appetite for high-scoring encounters, the back of the net has been hit 20 times in the previous six games in which Argentinos Juniors have played, making it an average of 3.33 goals each fixture. Opposing teams have managed 9 of this grand total. We will just have to find out whether or not that trend can be continued on here.

An inspection of past results between these clubs going back to 18/02/2019 shows that these fixtures have not been fruitful for Estudiantes de La Plata. They have not been able to get themselves any wins whatsoever whereas Argentinos Juniors have dominated them, running out winners in 67% of those ties.

In all, 11 goals were scored between them during those clashes, with 3 from Los Pincharratas and 8 coming from Bichitos Colorados. This gives an average number of goals per game equal to 1.83.

The last league fixture between the two was Superliga match day 10 on 06/09/2021 which finished with the scoreline of Estudiantes de La Plata 1-1 Argentinos Juniors.

On that day, Estudiantes de La Plata had 40% possession and 10 attempts at goal with 5 on target. Their only player to score was Matías Pellegrini (84').

Argentinos Juniors had 10 shots at goal with 2 on target. Gabriel Florentín (70') was the scorer.

The match was refereed by Leandro Rey Hilfer.

There aren’t many selection issues, with just one fitness concern for the Estudiantes de La Plata boss Ricardo Zielinski to be concerned with from an otherwise fully-primed group of players. Ezequiel Muñoz (Ruptured cruciate ligament) misses out.

With a completely healthy squad to pick from, the Argentinos Juniors manager Gabriel Milito does not have any fitness concerns to report ahead of this clash.

When taking all factors into account, Argentinos Juniors should get enough chances to score a goal against this Estudiantes de La Plata side, although it probably won’t be as many as they’ll concede.

We think that it’s going to be both teams to score in a 2-1 advantage for Estudiantes de La Plata when the full-time whistle blows. Should be a good one. 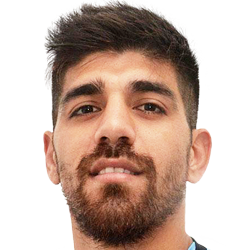 Generally played in the Striker position, Leandro Díaz was born in San Miguel de Tucumán, Argentina. After making a first senior appearance for Lanús in the 2009 - 2010 season, the skilful Forward has got 10 league goals in this Superliga 2021 season to date coming from a total of 20 appearances.

We have made these Estudiantes de La Plata v Argentinos Juniors predictions for this match preview with the best intentions, but no profits are guaranteed. Please always gamble responsibly, only with money that you can afford to lose.