Our Argentinos Juniors v Vélez Sarsfield tips, poll and stats can be seen in full below including the latest game odds.

Over their preceding six games, Diego Dabove's Argentinos Juniors have hit the back of the net 5 times, with that being an average number of goals scored per match equal to 0.83.

Vélez Sarsfield go into this encounter following on from a 1-2 Copa de la Liga Profesional win with the defeat of Sarmiento in their most recent outing.

In their last 6 outings, Vélez Sarsfield have amassed the sum of 12 goals. El Fortín have also scored on each one of those occasions. In that time, they’ve had 7 goals go against them. That pattern might not be carried forward into this next game, however.

There’s just the lone fitness concern for the Argentinos Juniors manager Diego Dabove to be concerned with from of an almost fully healthy set of players. Federico Lanzillotta (Facial Fracture) misses out.

Thanks to a mainly full-strength group, there’s just the sole fitness issue for the Vélez Sarsfield gaffer Mauricio Pellegrino to be concerned about. Alexander Domínguez (Fractured Hand) won’t be in action.

We think that Argentinos Juniors might well have a job on their hands to see themselves scoring against this Vélez Sarsfield team who we reckon will do enough to score at the other end and edge ahead.

We’re therefore anticipating a hard-fought contest, finishing with a 0-1 win for Vélez Sarsfield at the end of this game. 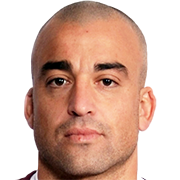 Mostly taking up the Striker position, Santiago Silva was born in Montevideo, Uruguay. After making a first senior appearance for Energie Cottbus in the 2003 - 2004 season, the talented Forward has managed 4 league goals in this Superliga 2019 - 2020 season so far in 21 appearances.

While we have made these predictions for Argentinos Juniors v Vélez Sarsfield for this match preview with the best of intentions, no profits are guaranteed. Always gamble responsibly, and with what you can afford to lose. Good luck!