Return to this page a few days before the scheduled game when this expired prediction will be updated with our full preview and tips for the next match between these teams.
Full-Time Result Prediction for Chambly Oise vs AS Nancy Lorraine
Draw
Chambly Oise will be taking on visitors AS Nancy Lorraine at Stade Pierre-Brisson in the Ligue 2 match on Friday.

In our view, AS Nancy Lorraine and Chambly Oise should both get enough opportunities to score, although it’s hard to separate the two. It could well end in a draw. We’re therefore anticipating a very close game with a 1-1 scoreline after 90 minutes. Scroll down for all of our predictions, poll and stats for the Chambly Oise v AS Nancy Lorraine game (inc. the best betting odds).

Going into this game, the form guide shows that AS Nancy Lorraine:

Going into this contest, Chambly Oise haven’t won at home in the past 2 league matches. 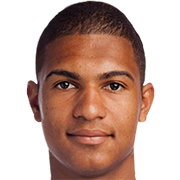 Typically played in the Striker position, Florian David was born in Champigny-sur-Marne, France. After having played his first senior match for Chambly Oise in the 2019 - 2020 season, the accomplished Forward has contributed 5 league goals in this Ligue 2 2019 - 2020 campaign so far coming from a total of 25 appearances.

While we have made these predictions for Chambly Oise v AS Nancy Lorraine for this match preview with the best of intentions, no profits are guaranteed. Always gamble responsibly, and with what you can afford to lose. Good luck with your selections.