We’re counting down to Copa de la Liga Profesional action scheduled for Monday as Atlético Tucumán will be taking on Central Córdoba.

All Atlético Tucumán v Central Córdoba game predictions, stats and user poll are shown below (plus the best game odds).

Atlético Tucumán go into this match coming off the back of a 2-2 Copa de la Liga Profesional drawn match vs Unión de Santa Fe.

It’s been a rare occasion in recent games that Atlético Tucumán have shown defensive steel. It will be a concern for them that El Decano have failed to prevent opponents from scoring in 5 of their previous 6 matches, letting in 10 goals in the process.

After being beaten in their last game against Colón in Copa de la Liga Profesional competition, Central Córdoba and their travelling fans will hope for a better result here.

Looking at their form, and Central Córdoba have been scored against in 6 of their last 6 games, letting opponents get 12 goals in all. Defensively, El Ferroviario have clearly had some problems. Putting that to one side, we will just have to wait and see if such a trend might be maintained here in this game.

Atlético Tucumán boss Ricardo Zielinski does not have any fitness concerns whatsoever ahead of this clash thanks to a fully healthy group available to select from.

With a completely injury-free squad to pick from, Central Córdoba manager Alfredo Berti has zero fitness worries to speak of coming into this match.

We’re inclined to think that Central Córdoba will have a tough ask to get anything against this Atlético Tucumán side who will likely be able to grind out a win.

We’re therefore anticipating a 1-0 victory for Atlético Tucumán at the end of the 90 minutes. 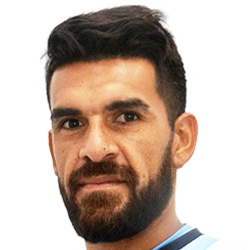 Regularly taking to the field in the Striker position, Javier Toledo was born in Marcos Juaréz, Argentina. Having made his senior debut playing for Atletico PR in the 2010 season, the gifted Forward has hit 5 league goals in this Superliga 2019 - 2020 season so far coming from a total of 19 appearances.

We have made these Atlético Tucumán v Central Córdoba predictions for this match preview with the best intentions, but no profits are guaranteed. Please always gamble responsibly, only with money that you can afford to lose. We wish you the best of luck.