Return to this page a few days before the scheduled game when this expired prediction will be updated with our full preview and tips for the next match between these teams.
Full-Time Result Prediction
👉
France to Win

Not long now until World Cup action taking place on Tuesday when France will be taking on Australia.

View all France v Australia tips, stats and our pre-match poll below - along with the latest match odds.

France will be hoping to bounce back here after the 2-0 Nations League losing effort in their last game against Denmark.

In that match, France managed 53% possession and 17 shots at goal with 7 of them on target. At the other end, Denmark got 16 attempts on goal with 7 on target. Kasper Dolberg (33') and Andreas Skov Olsen (39') scored for Denmark.

It’s not been often in recent times where France have shown defensive steel. In fact, France have been scored against in 5 of their previous 6 matches, letting in 7 goals on the way.

Australia will go into this meeting following a 0-2 International Friendlies win over New Zealand in their most recent match.

A series of steadfast displays by the Australia defensive unit has seen their ‘goals against’ tally amounting to 3 from their previous 6 fixtures in total. During the same period of time, the number of goals that they have scored themselves is 7. We shall soon find out if that trend will end up being sustained here.

The previous league match featuring the two was World Cup match day 1 on 16/06/2018 and the score finished France 2-1 Australia.

That day, France managed 55% possession and 13 shots at goal with 6 of them on target. Their only player to score was Antoine Griezmann (58').

For their opponents, Australia had 6 attempts on goal with 1 of them on target. Mile Jedinak (62') and Aziz Behich (81' Own goal) scored.

The match was refereed by Andrés Cunha.

We feel that in this game, France look set to be able to score a couple when they play Australia, who may well struggle to score.

Therefore, we are anticipating a fairly comfortable 2-0 victory for France when the full-time whistle blows. 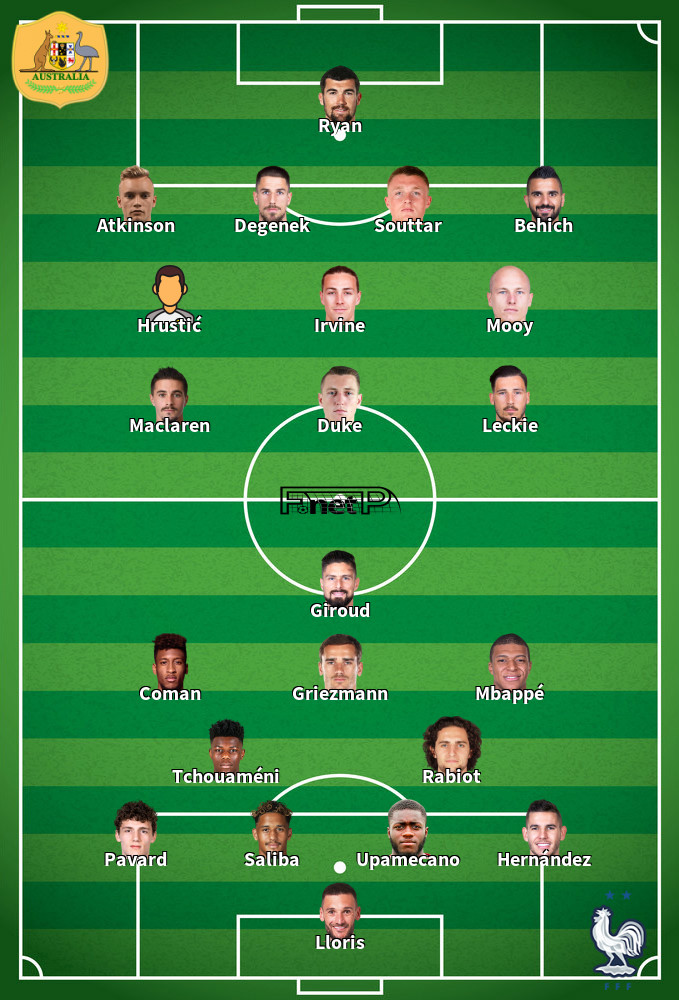 While we have made these predictions for France v Australia for this match preview with the best of intentions, no profits are guaranteed. Always gamble responsibly, and with what you can afford to lose. Good luck with your selections.