The Ligue 1 meeting at Stade de l'Abbé Deschamps on Sunday sees home side AJ Auxerre up against opponents in Montpellier.

To see all of our predictions, user poll & stats for AJ Auxerre v Montpellier, scroll down - plus the latest match odds.

AJ Auxerre are hoping to win again after their last result, the 0-4 Coupe De France success over Niort.

Fixtures involving AJ Auxerre have proved to be absorbing ones of late with plenty of scoring being a common characteristic. Over their past 6 clashes, the sum total of 20 goals have flown in for both sides combined (at an average of 3.33 goals per game) with 8 of them being chalked up by AJ Auxerre.

Heading into this fixture, AJ Auxerre are without a home win in the past 2 matches in the league.

Following on from a losing effort in their last game against Nantes in Ligue 1 action, Montpellier and their travelling supporters will be hoping that they can get a better result in this one.

If we look at their past head to head meetings dating back to 13/03/2010, there has been little to separate the clubs with AJ Auxerre winning 2 of those games, Montpellier 2 and 2 being drawn in regulation time.

In all, 15 goals were scored between the two sides throughout the course of those matches, with 7 of them from AJA and 8 netted by La Paillade. The average goals per game has been 2.5.

The previous league encounter between the two was Ligue 1 match day 3 on 21/08/2022 which ended up with the score at Montpellier 1-2 AJ Auxerre.

On that day, Montpellier managed 64% possession and 13 attempts at goal with 7 of them on target. The scorer was Mamadou Sakho (39').

For their opponents, AJ Auxerre got 7 shots on goal with 2 of them on target. Nuno Joia Da Costa (70') and Mattias Autret (75') scored.

The referee was Mathieu Vernice.

There aren’t many selection issues, with just one fitness concern for the AJ Auxerre boss Christophe Pélissier to contend with from an otherwise fully-primed group. Théo Pellenard (Torn Knee Ligament) will miss out.

Looking at these two teams, we feel that Montpellier and AJ Auxerre could find scoring goals difficult here.

It’s looking like it could well end up as a draw. We therefore see a very competitive game with a 0-0 draw at full-time. 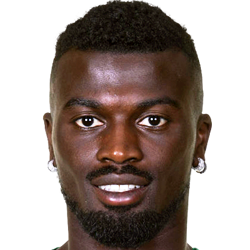 Mostly taking up the Striker position, M'Baye Niang was born in Meulan, France. Having played his first senior match for SM Caen in the 2010 - 2011 season, the talented Forward has scored a sum of 3 league goals in this Ligue 1 2022 - 2023 campaign to date in 14 appearances.

We have made these AJ Auxerre v Montpellier predictions for this match preview with the best intentions, but no profits are guaranteed. Please always gamble responsibly, only with money that you can afford to lose. Good luck!