Our predictions, user poll and statistics for Avispa Fukuoka v Urawa Red Diamonds can be found here - plus the latest betting odds.

Avispa Fukuoka are hoping to win again after their last result, the 1-2 J1 League triumph versus Sanfrecce Hiroshima.

Shigetoshi Hasebe's Avispa Fukuoka have seen rewards for their attempts on goal a sum total of 7 times over their preceding six outings. At the other end, the tally of goals that have been scored against them in those same games is 8.

Urawa Red Diamonds head into the game after a 3-2 J1 League win with the defeat of Oita Trinita in their last match.

In the course of their 6 latest matches, Ricardo Rodríguez's Urawa Red Diamonds have had reason to celebrate scoring a total of 8 times therefore yielding them the goals scored per game average of 1.33.

A quick look at their past head to head meetings going back to 09/04/2006 shows that these encounters have ended in disappointment for Avispa Fukuoka. They have not managed to get any victories at all while Urawa Red Diamonds have simply been better than them, getting wins in 100 per cent of those games where they have faced each other.

A total of 15 goals were shared by the two clubs in these games, with 3 of them for Avispa and 12 coming from Reds. That’s an average goals per game of 2.5.

The last league clash between the two was J1 League match day 1 on 02/07/2016 when the final score was Avispa Fukuoka 1-2 Urawa Red Diamonds.

Avispa Fukuoka boss Shigetoshi Hasebe has no fitness worries to speak of ahead of this game owing to a fully injury-free group ready to go.

With a fully injury-free squad available to choose from, Urawa Red Diamonds manager Ricardo Rodríguez has no fitness concerns at all ahead of this game.

We’re of the opinion that Urawa Red Diamonds and Avispa Fukuoka could both end up scoring in what appears to be a good match-up, with little separating these two teams.

There should be little in it, and a draw looks to be quite a realistic result. Our tip is therefore for a very close game with a score draw at the end of the 90. 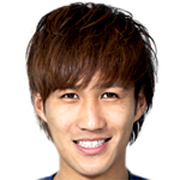 Customarily playing in the Central Attacking Midfielder position, Takeshi Kanamori was born in Fukuoka, Japan. Having made his senior debut playing for Avispa Fukuoka in the 2013 season, the gifted Midfielder has netted 2 league goals in the J1 League 2021 campaign so far in a total of 12 appearances.

While we have made these predictions for Avispa Fukuoka v Urawa Red Diamonds for this match preview with the best of intentions, no profits are guaranteed. Always gamble responsibly, and with what you can afford to lose. Good luck!