Baník Ostrava are the guests at Stadión U Nisy on Saturday for the First League showdown with hosts Slovan Liberec.

Scroll down for all of our predictions, poll and stats for the Slovan Liberec v Baník Ostrava game - along with the latest match odds.

The only player to score from Slovan Liberec was Michael Rabušic (52'). Ivan Schranz (17') and Vojtěch Kubista (54') scored for Baumit Jablonec.

Slovan Liberec haven’t been able to stop scoring goals, netting every time they’ve gone out to play in their last 6 games.

They have hit an aggregate of 11 during that period and have conceded a total of 5. Such a trend won’t necessarily be sustained here, however.

Following on from a loss in their previous game against FC Slovácko in First League action, Baník Ostrava and their travelling supporters will be hoping that they can get a better result in this one.

Baník Ostrava have been good when going forward leading up to this encounter, scoring 12 times in their previous 6 matches. Having said that, Baníček have had their own issues at the back, also conceding in 5 of those same games.

Looking at their prior head to head meetings dating back to 16/02/2019 shows that Slovan Liberec have won 3 of these games and Baník Ostrava 2, with the number of drawn results standing at 1.

A combined sum of 11 goals were scored between the two sides during those clashes, with 6 of them from Modrobílí and 5 netted by Baníček. That’s an average goals per game of 1.83.

The previous league match featuring the two was First League match day 9 on 27/01/2021 when it ended Baník Ostrava 1-0 Slovan Liberec.

The match was refereed by Pavel Julínek.

With a fully healthy group available to select from, Baník Ostrava boss Ondřej Smetana does not have any fitness worries at all ahead of this clash.

We’re of the opinion that Baník Ostrava will have to perform well to be putting a goal past this Slovan Liberec outfit who we think will likely manage to score & go ahead.

We’re therefore anticipating a 1-0 advantage for Slovan Liberec at the end of the 90 minutes. 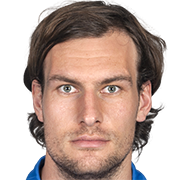 Customarily taking up the Striker position, Michael Rabušic was born in Czech Republic. After having made a senior debut playing for FC Brno in the 2008 - 2009 season, the gifted Forward has hit 9 league goals in the First League 2020 - 2021 season so far in a total of 23 appearances.

We have made these Slovan Liberec v Baník Ostrava predictions for this match preview with the best intentions, but no profits are guaranteed. Please always gamble responsibly, only with money that you can afford to lose. We wish you the best of luck.