View all of the Viktoria Plzeň v Baník Ostrava predictions, poll and stats below - as well as up-to-date odds.

Viktoria Plzeň, following on from their previous result, will be hoping for more of the same after the 1-0 First League triumph over Baník Ostrava.

The only player to score from Viktoria Plzeň was Jean-David Beauguel (42').

Their most recent results shine a light on the fact that things are going according to plan in the Viktoria Plzeň rearguard. Viktoria Plzeň have kept it tight, resulting in the total number of goals that have flown into the back of their net over the course of their last six games standing at 3. Having said that, we will just have to wait and see if that trend shall persist in this upcoming game.

Baník Ostrava have seen success in front of goal in the lead-up to this encounter, having scored 8 goals in their last 6 matches. Having said that, Baník Ostrava have been somewhat leaky at the back, having also been scored against in 5 of those same clashes.

Analysis of their past results shows that Baník Ostrava:

Looking over their past head to head meetings stretching back to 03/06/2020 shows that these encounters have not been happy ones for Baník Ostrava. They’ve not managed to get themselves any wins whatsoever while Viktoria Plzeň have been dominant against them, beating them in 67% of those matches played.

A combined total of 15 goals were scored between the two sides in these games, with 12 for Viktorka and 3 for Baníček. That is an average goals per game value of 2.5.

The previous league fixture featuring these clubs was First League match day 29 on 17/04/2022 which finished with the scoreline of Viktoria Plzeň 2-1 Baník Ostrava.

The Viktoria Plzeň boss Michal Bilek will be thankful to have no fitness worries to speak of ahead of this clash thanks to a fully healthy group available to choose from.

Owing to a completely healthy group available for selection, the Baník Ostrava manager Ondřej Smetana does not have any fitness worries whatsoever coming into this clash.

We feel that Viktoria Plzeň will most probably be able to create a decent number of chances and shots on target.

At the other end, Baník Ostrava could well struggle to find the back of the net although we do reckon that they could well end up seeing enough of the ball to score, too.

Our tip is for a 3-1 margin for Viktoria Plzeň at full-time. 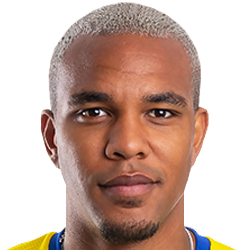 Customarily deployed in the Striker position, Jean-David Beauguel was born in Strasbourg, France. After making a first senior appearance for RKC Waalwijk in the 2013 - 2014 season, the skilful Forward has contributed 18 league goals in this First League 2021 - 2022 campaign so far in 32 appearances.

We have made these Viktoria Plzeň v Baník Ostrava predictions for this match preview with the best intentions, but no profits are guaranteed. Please always gamble responsibly, only with money that you can afford to lose. Best of luck.