The National League fixture at The Hive Stadium on Sunday sees home side Barnet go up against opponents Bromley.

For all of our match predictions, pre-game poll and statistics for Barnet v Bromley, scroll down (including the best match odds).

Barnet will be looking for an improved result here after a 2-4 National League defeat last time out to Bromley.

Barnet have been conceding pretty frequently lately, but they’ve also done enough to convert their own chances into goals. Analysis of their previous 6 games shows that Barnet have been punished defensively in 6 of them as well as scoring in 6 of those games. We will have to see whether or not that trend will be continued on into this next match.

The stats don’t lie, and Bromley have been scored against in 6 of their last 6 matches, with opponents netting 11 goals in all. Defensively, Bromley could really do with shoring things up.

Ahead of this clash, Bromley haven’t won away from home in the past 2 league games.

A review of their most recent head to head clashes going back to 22/04/2019 shows us that Barnet have won 1 of them & Bromley 3, with the number of drawn results being 2.

18 goals were shared by the two clubs during those clashes, with 7 of them for The Bees and 11 being from The Ravens. That is an average goals per game value of 3.

The last league fixture between these sides was National League match day 7 on 18/09/2021 and the score finished Bromley 2-0 Barnet.

The Barnet manager Dean Brennan has no fitness concerns at all coming into this game with a fully healthy group available to choose from. Reece Grego-Cox will not be able to play in this game through being suspended.

With a completely injury-free squad to choose from, the Bromley manager Andy Woodman doesn’t have any fitness concerns whatsoever before this game.

Here is a game where Barnet will need to push hard to score against this Bromley lineup who we reckon should get the vital goal that wins it.

That’s why our selection here is for a narrow 0-1 advantage for Bromley at full-time. 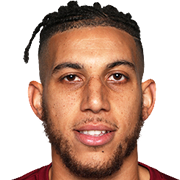 Customarily playing in the Right Wing position, Daniel Powell was born in Luton, England. After having made a senior debut playing for MK Dons in the 2008 - 2009 season, the goalscoring Forward has struck 5 league goals in the National League 2021 - 2022 season to date in 24 appearances.

We have made these Barnet v Bromley predictions for this match preview with the best intentions, but no profits are guaranteed. Please always gamble responsibly, only with money that you can afford to lose. Best of luck with your selections.