Barrow are the guests at Boundary Park on Tuesday for the League Two tie with hosts Oldham Athletic.

Oldham Athletic head into this match following on from a 2-2 League Two drawn result vs Tranmere Rovers.

For Oldham Athletic, the scorers were Davis Keillor-Dunn (2') and Dylan Bahamboula (78'). Calum MacDonald (42') and Kaiyne Woolery (51') scored for Tranmere Rovers.

The Latics have been conceding pretty frequently lately, although they have also managed to hit the back of the net themselves. Over their last 6 matches, The Latics have conceded in 6 of them while also scoring in 5 of those games. That trend might not be sustained here, though.

Heading into this fixture, Oldham Athletic are unbeaten in their last 2 home league matches.

Following on from a losing effort in their last game against Morecambe in League Two action, Barrow will be aiming to make amends here.

The only player to score from Barrow was Scott Quigley (65'). Aaron Wildig (24') and Kelvin Mellor (66') scored for Morecambe.

The numbers tell their own story, and Barrow have been scored against in 5 of their last 6 matches, letting opponents get 8 goals in total. At the back, The Bluebirds have some weaknesses to address.

Going into this encounter, Barrow are without an away win for the past 3 league games.

The last league contest between these sides was League Two match day 14 on 24/11/2020 when the final score was Barrow 3-4 Oldham Athletic.

Oldham Athletic manager Harry Kewell will be grateful not to have any fitness concerns to speak of coming into this clash thanks to a completely healthy group ready to go.

Thanks to a largely healthy group of players, there is just a single fitness problem for the Barrow gaffer Michael Jolley to be concerned about. Bobby Burns (Fractured Leg) misses out for this game.

Our feeling is that Barrow and Oldham Athletic may well both score, with little between these two teams.

It could well end in a draw. We’re therefore seeing a very even match with a 1-1 scoreline when the full-time whistle blows. 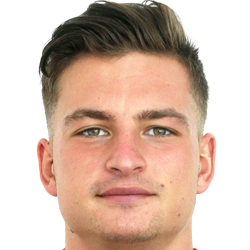 Generally taking to the field in the Right Attacking Midfielder position, Zak Dearnley was born in Sheffield, England. Having played his first senior match for Oldham Athletic in the 2020 - 2021 season, the gifted Midfielder has struck 5 league goals in this League Two 2020 - 2021 campaign so far in a total of 14 appearances.

We have made these Oldham Athletic v Barrow predictions for this match preview with the best intentions, but no profits are guaranteed. Please always gamble responsibly, only with money that you can afford to lose. Best of luck with your selections.