Return to this page a few days before the scheduled game when this expired prediction will be updated with our full preview and tips for the next match between these teams.
Full-Time Result Prediction
👉
St Gallen to Win

FC Basel 1893 will be at Kybunpark on Sunday for the Super League meeting with hosts St Gallen.

View all of the St Gallen v FC Basel 1893 predictions, poll and stats below (plus the best game odds).

St Gallen, who won their previous game, will hope for a similar result following a 2-7 Super League victory against FC Sion.

Matches involving St Gallen have often been entertaining encounters recently with a lot of goalmouth action being a common characteristic. Over their past half dozen clashes alone, a grand total of 26 goals have flown in for both sides combined (at an average of 4.33 goals per game) with 18 of those accredited to St Gallen. Such a pattern might not be carried forward into this match, though.

Analysis of their past results shows that St Gallen:

Since being defeated in their last game at the hands of Grasshopper Club Zürich in Super League competition, FC Basel 1893 will be aiming to make amends here.

Alex Frei's FC Basel 1893 have fired home 7 times in the course of their latest 6 matches. The number of goals that have been scored against them during that same period comes to 7.

Heading into this contest, FC Basel 1893 have not lost to St Gallen when they've played them away from home in the last 2 league games.

Checking on their most recent head to head clashes dating back to 01/05/2021 shows that St Gallen have won 1 of them and FC Basel 1893 3, with the tally of drawn results standing at 2.

In all, 17 goals were yielded between them in these games, with 7 for Espen and 10 being from Basel. That’s an average goals per game of 2.83.

The St Gallen manager Peter Zeidler will be grateful to have no fitness concerns to speak of before this game thanks to a completely healthy group to choose from.

FC Basel 1893 manager Alex Frei has not got a full squad to pick from. Tician Tushi (Sideband tear in the knee), Jean-Kévin Augustin (Muscle Injury) and Arnau Comas (Muscle Injury) will not be playing here.

We’re of the view that FC Basel 1893 have the ability to score a goal against this St Gallen side, although that may not be as many as they will have scored against them.

We think that it’s going to be a narrow 2-1 victory for St Gallen at the end of the 90 minutes. We are expecting it to be pretty even. 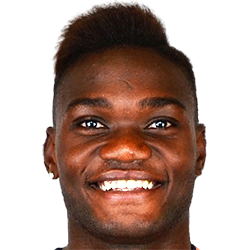 Generally taking up the Right Wing position, Emmanuel Latte Lath was born in Anoumabo, Ivory Coast. After having made a senior debut playing for SPAL in the 2021 - 2022 season, the goalscoring Forward has netted 6 league goals in the Super League 2022 - 2023 campaign to date in a total of 16 appearances.

We have made these St Gallen v FC Basel 1893 predictions for this match preview with the best intentions, but no profits are guaranteed. Please always gamble responsibly, only with money that you can afford to lose. Best of luck with your selections.