Bayer Leverkusen face off with visiting opponents VfL Bochum at BayArena in this Bundesliga 1 tie on Wednesday.

Bayer Leverkusen will be hoping for a repeat of their last result, following the 2-3 Bundesliga 1 victory against Borussia Mönchengladbach.

Over their past 6 fixtures, Xabi Alonso's Bayer Leverkusen have managed to score a combined total of 12 times which gives them an average number of goals scored per match equal to 2.

Taking a look at their past results, Bayer Leverkusen:

VfL Bochum come into this encounter following a 3-1 Bundesliga 1 win vs Hertha Berlin in their last match.

In that game, VfL Bochum had 49% possession and 10 shots on goal with 3 of them on target. For VfL Bochum, the scorers were Philipp Hofmann (22', 56') and Keven Schlotterbeck (44'). For their opponents, Hertha BSC got 11 attempts on goal with 2 on target. Suat Serdar (87') was the scorer for Hertha Berlin.

Going into this encounter, VfL Bochum have not won against Bayer Leverkusen when having played them away from home in the previous 4 matches in the league. They'll be keen to stop this run.

Looking over their past head to head clashes stretching back to 27/09/2008 shows that Bayer Leverkusen have won 3 of these games & VfL Bochum 0, with the tally of drawn games being 3.

In all, 13 goals were scored between the two sides in these games, with 8 of them for Leverkusen and 5 belonging to Bochum. That’s an average goals per game figure of 2.17.

The previous league fixture between these clubs was Bundesliga 1 match day 29 on 10/04/2022 which ended up with the score at VfL Bochum 0-0 Bayer Leverkusen.

That time, VfL Bochum managed 41% possession and 12 attempts at goal with 2 of them on target.

On the other side, Bayer Leverkusen had 9 attempts at goal with 2 of them on target.

The Bayer Leverkusen boss Xabi Alonso has no fitness concerns at all before this clash owing to a fully healthy squad available for selection.

We’re of the view that Bayer Leverkusen will most probably get a lot of shots on goal and make them count.

However, VfL Bochum could well find it tough getting goals although we do think it’s probable that they will be scoring here as well.

We’re therefore expecting to see a decent 3-1 win for Bayer Leverkusen at full-time. 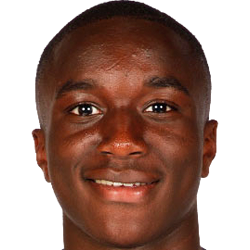 Generally deployed in the Left Wing position, Moussa Diaby was born in Paris, France. After making a first senior appearance for Crotone in the 2017 - 2018 season, the accomplished Forward has scored 6 league goals in the Bundesliga 2022 - 2023 campaign so far in 15 appearances.

While we have made these predictions for Bayer Leverkusen v VfL Bochum for this match preview with the best of intentions, no profits are guaranteed. Always gamble responsibly, and with what you can afford to lose. Good luck if you do place a bet today.