The 3rd Liga meeting at Hans-Walter-Wild-Stadion on Saturday will see home side Bayreuth go into battle with Ingolstadt.

Our full set of predictions, statistics and match poll for Bayreuth v Ingolstadt can be seen below (inc. the best betting odds).

Bayreuth will want to continue from where they left off last time out with a 1-0 3rd Liga victory over Ingolstadt.

The only scorer from Bayreuth was Markus Ziereis (17').

It has been seldom in recent times that Bayreuth haven’t conceded. It will be a concern for them that Bayreuth have seen their defence breached in 5 of their previous 6 matches, giving up 9 goals during that time. We will just have to see whether or not that trend will be continued on in this game.

Over the course of their last six clashes, Ingolstadt have helped themselves to a tally of 8 goals. Ingolstadt have also not failed to score in every single one of those games. Over that period, they have had 11 goals scored by their opponents.

The referee was Patrick Kessel.

Martin Thomann (Muscular problems) and Steffen Eder (Torn Knee Ligament) aren’t available for Bayreuth manager Thomas Kleine. Moritz Heinrich will not be able to play in this game through being suspended.

Ingolstadt boss Rüdiger Rehm has a number of players out of action. Thomas Rausch (Muscular problems), Tobias Schröck (Fitness), Visar Musliu (Achilles tendon problems) and Patrick Schmidt (Knee Surgery) will miss out on this game. Calvin Brackelmann will not be able to play in this game through being suspended.

Our thinking is that Bayreuth will have to play well to breach the defence of this Ingolstadt side who we reckon will gain the upper hand.

We’ve gone for a very even match with a 0-1 win for Ingolstadt at the end of the match. 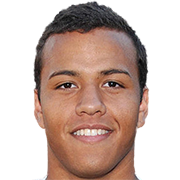 Typically taking to the field in the Right Wing position, Jann George was born in Nuremburg, Germany. Having played his first senior match for Greuther Furth in the 2014 - 2015 season, the talented Forward has scored a sum of 2 league goals in this 3. Liga 2022 - 2023 season so far in 10 appearances.

While we have made these predictions for Bayreuth v Ingolstadt for this match preview with the best of intentions, no profits are guaranteed. Always gamble responsibly, and with what you can afford to lose. Good luck with your selections.