Fenerbahçe line up against visiting rivals BB Erzurumspor at Şükrü Saracoğlu Stadyumu in the Super Lig match on Monday.

For all of our match predictions, pre-game poll and statistics for Fenerbahçe v BB Erzurumspor, scroll down - plus the latest match odds.

In their past 6 fixtures, Emre Belözoğlu's Fenerbahçe have netted a combined total of 10 times, an average number of goals per match of 1.67.

Ahead of this meeting, Fenerbahçe are unbeaten in their last 3 home league matches.

Following on from a losing effort in their last game against İstanbul Başakşehir in Super Lig competition, BB Erzurumspor and their travelling supporters will be hoping that they can get a better result in this one.

BB Erzurumspor have had no problems opening up opposition defences leading up to this encounter, having scored 11 times in their previous 6 matches. While their manager Yilmaz Vural will no doubt take that as a positive sign, Dadaşlar have been somewhat leaky at the back, having also been scored against in 5 of those same matches. We will just have to find out whether or not that trend can be continued on here.

Ahead of this clash, BB Erzurumspor are unbeaten in their last 3 away league matches.

The last league match featuring the two was Super Lig match day 18 on 11/01/2021 which ended up with the score at BB Erzurumspor 0-3 Fenerbahçe.

Fenerbahçe manager Emre Belözoğlu does not have any fitness worries at all ahead of this game thanks to a fully injury-free group available for selection.

Due to a fully healthy group to pick from, BB Erzurumspor boss Yilmaz Vural doesn’t have any fitness worries at all ahead of this match.

Fenerbahçe should really get amongst the goals when they play BB Erzurumspor, who will be up against it getting goals.

Our selection here is for a comfortable 2-0 win for Fenerbahçe at the end of the 90 minutes. 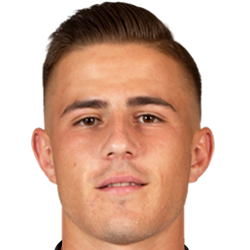 Typically played in the Central Attacking Midfielder position, Dimitris Pelkas was born in Greece. Having made a first senior appearance for PAOK in the 2012 - 2013 season, the talented Midfielder has netted 6 league goals in this Süper Lig 2020 - 2021 campaign so far coming from a total of 27 appearances.

While we have made these predictions for Fenerbahçe v BB Erzurumspor for this match preview with the best of intentions, no profits are guaranteed. Always gamble responsibly, and with what you can afford to lose. Best of luck.