Scroll down for all of our predictions, poll and stats for the Vitória Guimarães v Belenenses game - plus the latest match odds.

Vitória Guimarães enter this fixture following on from a 2-2 Primeira Liga draw against Santa Clara.

Ivo Vieira's Vitória Guimarães have hit the target a sum total of 7 times in their preceding 6 outings. At the other end, the number of goals that have been scored against them in that same time stands at 6.

Following on from being beaten in their last game against Vitória Setúbal in Primeira Liga action, Belenenses and their travelling fans will hope for a better result here.

The forward players for Belenenses have suffered from a lack of goals over their previous 6 encounters, contributing the unsatisfactory return of just 3. In those fixtures, Azuis have also seen the overall goal tally of their opponents equal 10.

Checking out their prior head to head duels going back to 01/10/2017, neither club has come out on top overall with Vitória Guimarães winning 2 of those games, Belenenses 2 and 2 being draws after 90 minutes of play.

A combined total of 15 goals were scored between them in these games, with 11 from Os Vimaranenses and 4 for Azuis. That’s an average goals per game of 2.5.

The last league clash between the two was Primeira Liga match day 26 on 11/06/2020 which finished with the scoreline of Belenenses 1-1 Vitória Guimarães.

That time, Belenenses had 47% possession and 7 attempts at goal with 2 of them on target.

Vitória Guimarães got 17 shots at goal with 6 of them on target. Falaye Sacko (28' Own goal) and João Teixeira (39') scored.

The match was refereed by Iancu Vasilica.

We feel that in this game, Vitória Guimarães have it within them to create enough chances to score more than one when they meet Belenenses, who could well struggle to break down their defence.

Our tip is for a decent 2-0 margin for Vitória Guimarães at the end of this one.

Over/Under 2.5 Goals Prediction for Vitória Guimarães vs Belenenses
Under 2.5 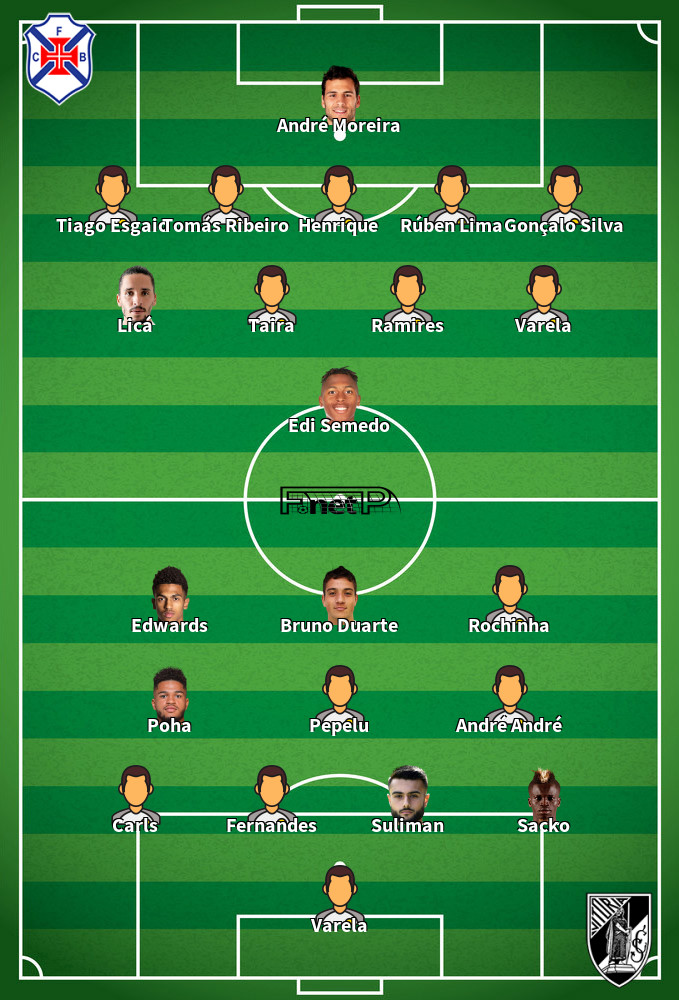 We have made these Vitória Guimarães v Belenenses predictions for this match preview with the best intentions, but no profits are guaranteed. Please always gamble responsibly, only with money that you can afford to lose. Best of luck.