Full predictions, pre-match stats and user poll for Philadelphia Union v Chicago Fire are shown on this page - plus the latest betting odds.

Philadelphia Union won’t want a repeat of their last result here after a 3-1 MLS losing effort in their last game against FC Cincinatti.

Chicago Fire will come into the game following a 2-3 MLS win with the eclipse of Charlotte FC in their last fixture.

Throughout their 6 most recent matches, Ezra Hendrickson's Chicago Fire have seen their goal attempts be successful a total of 11 times therefore yielding them the goals scored per game average of 1.83.

Checking out their prior head to head meetings stretching back to 18/08/2019, there has been little to separate the clubs with Philadelphia Union winning 2 of those games, Chicago Fire 2 and 2 being draws in regulation time.

A combined sum of 16 goals were scored between the two sides in this period, with 8 of them from The U and 8 belonging to Men in Red. That is an average goals per game value of 2.67.

The last league clash between these clubs was MLS match day 24 on 30/06/2022 which ended up with the score at Chicago Fire 1-0 Philadelphia Union.

That day, Chicago Fire managed 57% possession and 14 attempts on goal with 3 on target. Their only player to score was Federico Navarro (68').

For their opponents, Philadelphia Union got 8 shots on goal with 2 on target.

The match was refereed by Michael Radchuk.

The Philadelphia Union manager Jim Curtin will be grateful not to have any fitness concerns to speak of before this clash thanks to a fully healthy group available to select from.

In all likelihood, The U will probably kick off with a 4-1-2-1-2 system for this one with Andre Blake, Olivier Mbaizo, Jack Elliott, Jakob Glesnes, Kai Wagner, Jose Andres Martinez, Alejandro Bedoya, Leon Flach, Dániel Gazdag, Mikael Uhre and Julián Carranza.

Owing to an otherwise full-strength group, there’s only the lone fitness problem for the Chicago Fire manager Ezra Hendrickson to be concerned with. Wyatt Omsberg (Foot surgery) won’t be in action.

It looks to us that Philadelphia Union can get a couple of goals in this one when they meet Chicago Fire, who might well find it difficult scoring.

We therefore think that it’s going to be a 2-0 winning margin for Philadelphia Union at the end of the match. 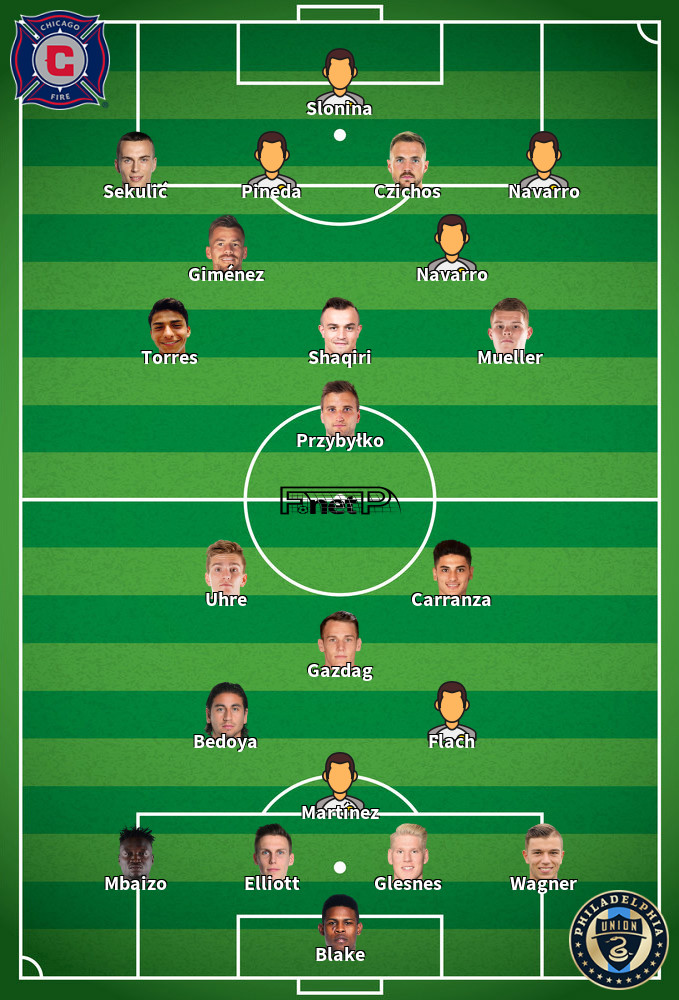 We have made these Philadelphia Union v Chicago Fire predictions for this match preview with the best intentions, but no profits are guaranteed. Please always gamble responsibly, only with money that you can afford to lose. Good luck with your selections.