Return to this page a few days before the scheduled game when this expired prediction will be updated with our full preview and tips for the next match between these teams.
Full-Time Result Prediction
👉
Atlanta United to Win

View all Atlanta United v Inter Miami tips, stats and our pre-match poll below - plus the latest betting odds.

Atlanta United will be looking to improve on their last outing here after a 1-2 MLS defeat last time out to Columbus Crew.

Inter Miami will come into the game following a 2-1 MLS win to defeat Portland Timbers in their last game.

Phil Neville's Inter Miami have managed to stick the ball in the net a total of 10 times in the course of their latest six matches. The overall goals that have been scored against them during those matches comes to 5.

Looking at the statistics for their head to head duels dating back to 19/09/2020, both clubs have shared the honours with Atlanta United winning 2 of those games, Inter Miami 2 and 2 being draws after 90 minutes of play.

An aggregate of 14 goals were produced between them during those clashes, with 7 from The Five Stripes and 7 netted by The Herons. That’s an average goals per game of 2.33.

The last league encounter between the two was MLS match day 12 on 24/04/2022 and the score finished Inter Miami 2-1 Atlanta United.

That time, Inter Miami managed 37% possession and 7 shots at goal with 2 of them on target. The goalscorers were Leonardo Campana (28') and Bryce Duke (64').

At the other end, Atlanta United had 20 attempts at goal with 7 on target. Ronaldo Cisneros (13') was the scorer.

The referee was Jair Marrufo.

Out of a mainly full-strength group of players, there is only a single fitness problem for the Inter Miami gaffer Phil Neville to contend with. Ian Fray (Cruciate Ligament Injury) won’t be playing here.

Atlanta United will more than likely score a couple of goals when they line up against Inter Miami, who will not find it easy scoring.

We’re tipping a 2-0 margin for Atlanta United when all’s said and done. 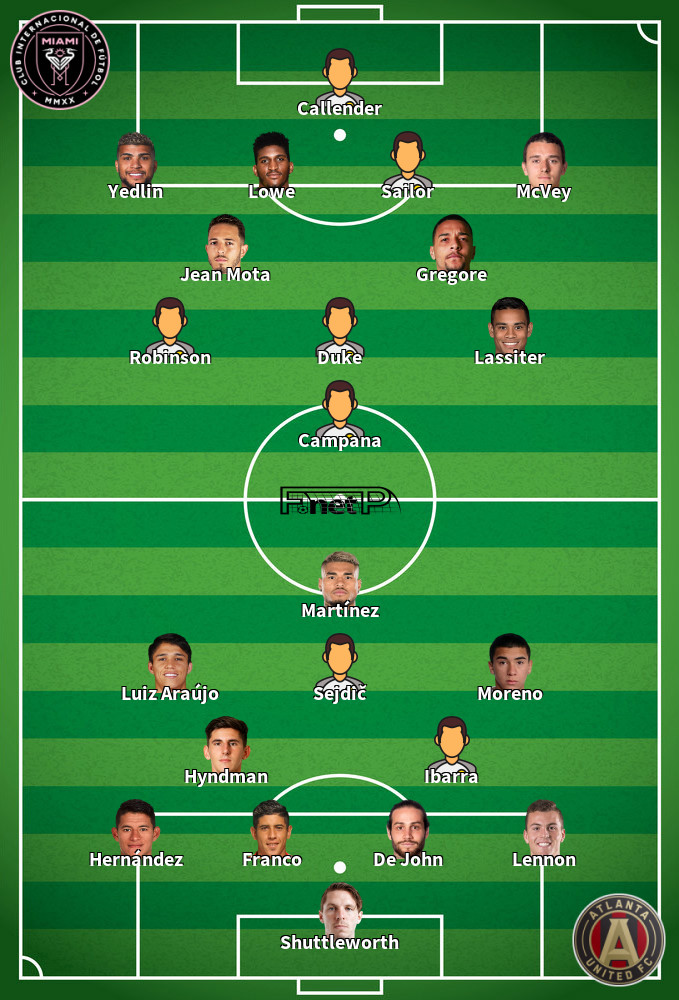 While we have made these predictions for Atlanta United v Inter Miami for this match preview with the best of intentions, no profits are guaranteed. Always gamble responsibly, and with what you can afford to lose. Good luck with your selections.