Return to this page a few days before the scheduled game when this expired prediction will be updated with our full preview and tips for the next match between these teams.
Portimonense will take to the pitch with visiting team Benfica at Estadio Municipal de Portimão in this Primeira Liga meeting on Wednesday. For all of our match predictions, pre-game poll and statistics for Portimonense v Benfica, scroll down - as well as up-to-date odds.

Portimonense are hoping to win again after their last result, the 1-0 Primeira Liga victory versus Gil Vicente. In that game, Portimonense managed 52% possession and 6 attempts on goal with 2 on target. The only player on the scoresheet for Portimonense was Lucas Fernandes (49'). On the other side, Gil Vicente had 7 shots at goal with 2 of them on target.

Portimonense have really been misfiring of late. Their sum of goals equals just 4 vs opponents during the course of their last six fixtures. In those games, Portimonense have also seen the number of goals against them total 7. We will just have to find out whether or not that trend can be sustained here.

Going into this game, the form guide shows that Portimonense:

In their previous fixture, Benfica drew 0-0 in the Primeira Liga match with Tondela. In that game, Benfica had 64% possession and 26 shots on goal with 5 on target.

In the course of their six latest matches, Bruno Lage's Benfica have found the back of the net 7 times, earning them the goals scored per game average of 1.17.

Coming into this clash, Benfica are unbeaten in their previous 2 away league matches.

An examination of their prior head to head clashes dating back to 13/03/2011 tells us that Portimonense have won 1 of these and Benfica 4, with the tally of draws being 1.

An aggregate of 21 goals were produced between them in this period, with 6 for Portimonense and 15 being from Benfica. That’s an average goals per game of 3.5.

Portimonense boss Paulo Sérgio has zero fitness worries whatsoever before this match with a fully injury-free group ready to go.

Due to a completely healthy group available to select from, Benfica manager Bruno Lage has zero fitness concerns to speak of before this match.

We envisage that Portimonense will manage to put a goal past this Benfica side, although just one goal may not quite be good enough. Therefore, we’re predicting a close game with a 1-2 winning margin for Benfica at the end of this one. Let’s see what eventuates.

Both Teams to Score Prediction for Portimonense vs Benfica
Yes 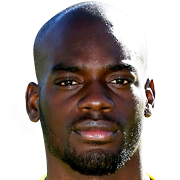 Normally playing in the Left Wing position, Aylton was born in Almada, Portugal. Having played his first senior match for Estoril in the 2017 - 2018 season, the gifted Forward has managed 3 league goals in this Primeira Liga 2019 - 2020 campaign so far in a total of 25 appearances.

While we have made these predictions for Portimonense v Benfica for this match preview with the best of intentions, no profits are guaranteed. Always gamble responsibly, and with what you can afford to lose. Good luck!