Beşiktaş will be at Medical Park Stadyumu on Sunday for the Süper Lig game with home side Trabzonspor.

Trabzonspor, buoyed by their previous result, will be hoping for more of the same after the 1-2 Süper Lig success over Kayserispor.

For Trabzonspor, goals were scored by Filip Novák (63') and Alexander Sørloth (95'). Pedro Henrique (86') scored for Kayserispor.

Matches featuring Trabzonspor have often been absorbing ones of late with plenty of scoring the rule rather than the exception. Over their past six games, a total of 23 goals have been recorded for both teams combined (at an average of 3.83 goals per game) with 12 of those belonging to Karadeniz Fırtınası.

After a losing effort in their last game against PAOK in UCL Qualifiers competition, Beşiktaş and their travelling supporters will be hoping that they can get a better result in this one.

Over the course of their last 6 outings, Beşiktaş have amassed a total of 11 goals. Kara Kartallar have also not failed to score in every single one of those games. In that time, their defenders have seen 8 goals go against them. Regardless, we’ll just have to find out if such a trend might continue on in this upcoming match.

A review of their prior head to head meetings going back to 01/10/2017 tells us that Trabzonspor have won 2 of these games and Beşiktaş 1, with the number of drawn matches being 3.

The last league fixture featuring these clubs was Süper Lig match day 23 on 22/02/2020 when it finished Beşiktaş 2-2 Trabzonspor.

The match was refereed by Firat Aydinus.

Out of a mainly healthy squad, there’s only the one fitness problem for the Beşiktaş boss Sergen Yalçın to be concerned with. Georges-Kevin N'Koudou (Thigh Muscle Strain) won’t be playing here. The players who will not be able to play in this game through being suspended are Douglas, Muhayer Oktay, Nicolas Isimat-Mirin and Francisco Montero.

We’ve got the feeling that Trabzonspor should have the majority of the possession and should be able to turn a few of their chances into goals.

At the same time, Beşiktaş are also probably going to find it difficult to find the back of the net but we do think that it’s more than likely that they will be managing to get on the scoresheet.

We’re therefore expecting to see a pretty comfortable 3-1 winning score for Trabzonspor at the end of the 90 minutes.

Both Teams to Score Prediction for Trabzonspor vs Beşiktaş
Yes 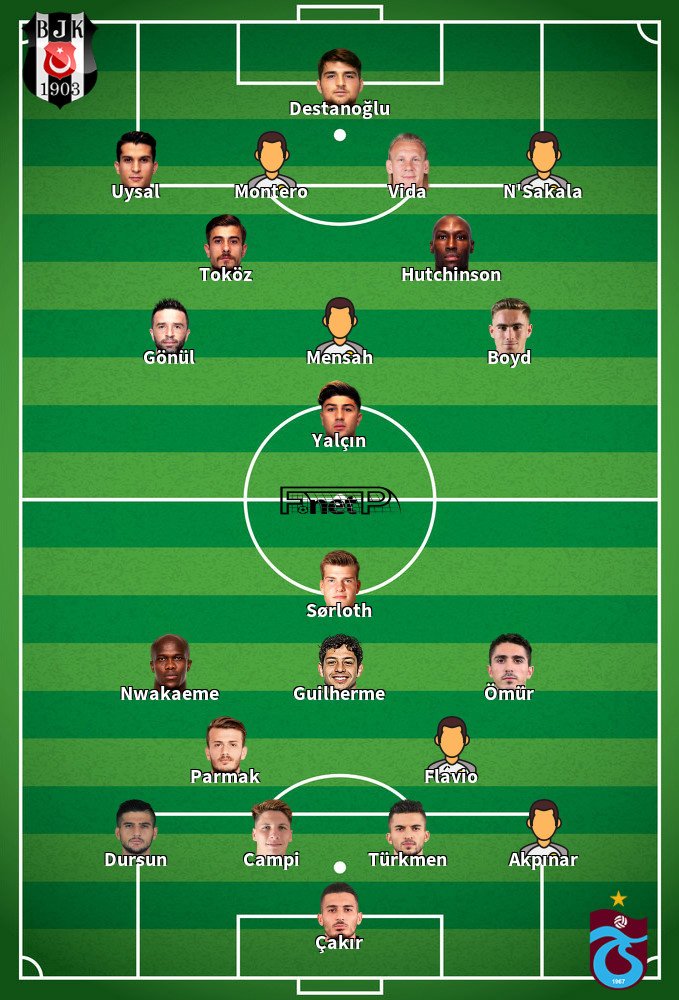 While we have made these predictions for Trabzonspor v Beşiktaş for this match preview with the best of intentions, no profits are guaranteed. Always gamble responsibly, and with what you can afford to lose. Best of luck with your selections.