Return to this page a few days before the scheduled game when this expired prediction will be updated with our full preview and tips for the next match between these teams.
Full-Time Result Prediction for BK Häcken vs Östersunds FK
BK Häcken to Win

We envisage that BK Häcken have it within them to have the majority of the possession and should be able to turn a few of their chances into goals. At the other end, Östersunds FK could well struggle to break down their defence but we can see them being dangerous at times, too. Accordingly, we see a decent 3-1 winning margin for BK Häcken at the end of this one. Full predictions, pre-match stats and user poll for BK Häcken v Östersunds FK are shown on this page - as well as the best betting odds.

Leading up to this clash, BK Häcken: 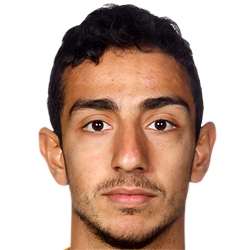 Mostly used in the Central Attacking Midfielder position, Daleho Irandust was born in Sweden. After having made a senior debut playing for BK Häcken in the 2017 season, the talented Midfielder has accumulated 3 league goals in the Allsvenskan 2019 campaign to date in a total of 23 appearances.

While we have made these predictions for BK Häcken v Östersunds FK for this match preview with the best of intentions, no profits are guaranteed. Always gamble responsibly, and with what you can afford to lose.