Stoke City will be taking on visiting club Blackpool at Bet365 Stadium in this Championship tie on Saturday.

For all of our match predictions, pre-game poll and statistics for Stoke City v Blackpool, scroll down (plus the best game odds).

Stoke City will be hoping to bounce back here following a 2-0 Championship loss in their previous game against Millwall.

Stoke City have been quite ineffective in attack of late. Their sum of goals stands at just 4 against opposing sides during the course of their last six outings. In those meetings, Stoke City have also seen the number of goals against them total 7. Let’s see if that trend can be sustained into this next match.

Ahead of this clash, Stoke City are unbeaten in their last 2 home league matches.

Blackpool will go into this encounter following on from a 1-0 Championship win as they beat Reading in their most recent game.

Throughout their 6 latest matches, Michael Appleton's Blackpool have turned their attacks into goals 10 times - yielding them a goals per game average of 1.67.

Coming into this fixture, Blackpool have not been beaten by Stoke City in away games against them for the last 3 matches in the league.

If we look at their past head to head duels dating back to 22/09/2009, there is nothing to separate the two clubs with Stoke City winning 2 of those games, Blackpool 2 and 2 being draws in regulation time.

An aggregate of 10 goals were yielded between them in this period, with 5 of them for The Potters and 5 coming from The Seasiders. That’s an average goals per game of 1.67.

Almost everyone can be considered, as there’s just the sole fitness concern for the Stoke City manager Michael O'Neill to be concerned with from an otherwise complete group of players. Harry Souttar (Cruciate Ligament Rupture) is sidelined.

Thanks to a completely healthy squad available to select from, the Blackpool manager Michael Appleton has zero fitness concerns whatsoever ahead of this clash.

We believe that Blackpool will need things to go their way to find the net against this Stoke City outfit who should gain the upper hand.

We’re therefore seeing a very competitive game with a 1-0 winning score for Stoke City when the referee blows for full-time. 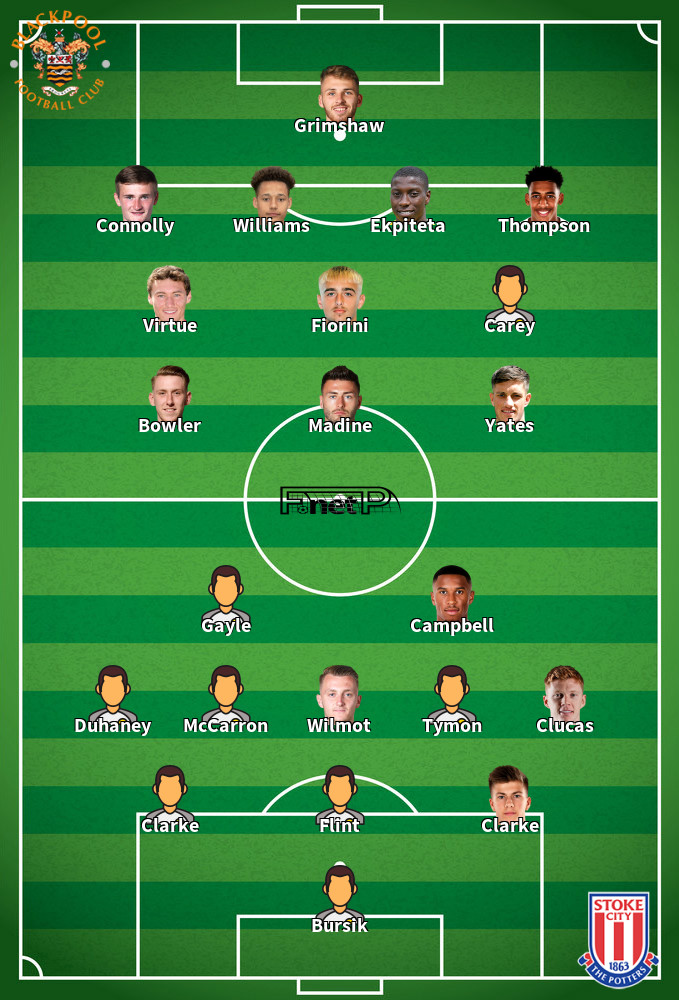 We have made these Stoke City v Blackpool predictions for this match preview with the best intentions, but no profits are guaranteed. Please always gamble responsibly, only with money that you can afford to lose. Good luck!