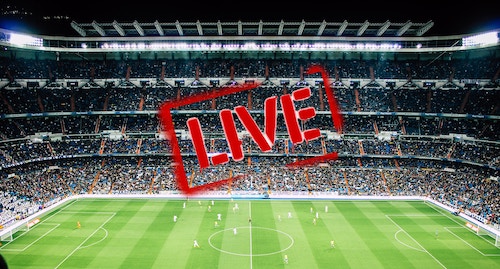 There are a lot of EPL games every season - 380 to be precise - and many people based in the US want to watch it on one or more devices via a live stream. Here, I'm going to let you know what we've found to be the best solution for watching those games using a legitimate stream without cable.

To stream EPL in the USA, register here risk-free.  It's 100% legal and gives you free trial access to all EPL games as well as Champions League, MLS, Liga MX, La Liga and other competitions. Once your 7-day trial period is over, you can choose to leave or continue.

The service is called fubotv and, apart from all of this soccer streaming, it also has a lot of other channels included - more sports, entertainment and news. Once you have signed up for the free trial, you have instant access to over well over 100 channels that let you stream all of this, make recordings and more.

How to Stream EPL in the USA

As mentioned, you will get a free 7-day trial once you have entered your registration details at fubotv, and then you can decide whether or not you want to keep the service or not.  It will let you know exactly when the free trial ends. This is an appealing aspect, and depending on when your trial begins - best to steer clear of the Premier League breaks - you should be able to catch a few free games at least.  You can only sign up using a credit card at the moment.  A PayPal option would have been nice, though.

2. Get the Apps for your Devices to stream on

There is a wide choice of devices that you can stream to, and these include:

Your phone (Apps from the Apple App Store and Google Play)

Chromecast (to cast to a TV)

Your computer (through the web browser, such as Chrome which is recommended)

3. Watch from your chosen device

You are able to stream from 2 devices at the same time.  If you do need more, it's available as a paid add-on (see below under 'Family sharing').

Why is it Best for Soccer Streaming?

fubotv is a similar service to others in the market at the moment. These include Sling TV, Hulu, Philo, psvue and DirecTV now.  However, fubotv is specifically designed for the sports fan (and especially soccer) whereas the others all tend to be mainly focused on general wide-ranging entertainment. Fubo includes a wide array of entertainment and news packages as well, so you won't be missing out by choosing it.

How easily can I find EPL streams?

There's a really nice interactive guide that presents all available channels, and you can also choose Sports from the menu to start drilling down to find the Premier League games that you can watch. Perhaps the easiest (or laziest) way is to simply use the search box on the app, and this brings up all of the upcoming games.

Watching sports is in its own special bracket, and what's important is the frame rate. For watching normal broadcasts such as movies, 30 frames per second is usually good enough.  But for soccer and all other sports, you are going to want to see that ball as it pings around.  You need 60 fps, and fubotv give you just that.

As well as watching your EPL in HD, you can also choose other quality settings.  You might want to do this if you happened to be streaming to a mobile device where WiFi was not available and you were concerned about data, or in a poor WiFi zone that was not able to handle a high-def stream.

What you get as well as EPL Streaming

If you're going to sign up for a paid service, you'll want to make sure that it's worth it.  Some of the additional features include:

Cloud DVR - As part of every basic package, they include the ability to make recordings of up to 30 hours.  The recordings are kept indefinitely, too, or until you delete them. You can choose to upgrade to get up to 500 hours of recordings if you wish, and this is called DVR Plus.

TONS of Sports and non-sports channels including almost all of the big ones that you'd expect.  It has not moved away from its roots of being a football first offering, but you get all of the extras, too, for your consumption of movies, TV shows and news.

As mentioned, the interactive schedule is really easy to use, so use it to check out all of the other shows available.

Family sharing - If you wanted to share the service with family members, you can buy an add-on which lets you upgrade from the 2 device streaming limit as mentioned above.

I'm not in the USA - Can I Access the EPL Streams?

If you are not based in the US and still want to access the EPL and other streams, then you have other options. You can watch the Premier League via fubotv in other countries as well, including Canada (where it's cheaper although there is less choice of other channels overall) where you can watch EPL on beIN Sports.

If you are outside of these countries, then fubotv can't give you access due to geographical licensing restrictions. One such workaround that is often employed to unblock fubotv is to use a VPN service such as PureVPN.  So if you happened to be in Europe, for example, the VPN can make you appear to be connecting from the US as far as the streaming service is concerned. This hiding of your actual location makes for all sorts of interesting possibilities such as this.

You would need, of course, to also be registering on fubotv using a US-based address & zip code and it has been known that some people use this site to find random US addresses to accomplish just that.

The added benefit of having a VPN, or Virtual Private Network, is that it also protects your privacy by encrypting all of your online activity.

Disclosure: Some links in this article may lead to sites to which footballpredictions.net could receive referral remuneration from should you make a purchase from them.  This does not in any way change our impartial and independent view that was taken in our approach to writing this article.  If you do make a purchase from the affiliated site, you'll have helped support keeping footballpredictions.net free for which we thank you.

⚽️ How many games are there in an EPL season?

A staggering 380.  It used to be more than that before when the competition had 22 teams.

? Can I also watch games from other competitions?

Yes, you can.  fubotv has games from LaLiga, Liga MX, MLS and the UEFA Champions League.