Does Camp Nou Have A Roof and Who Owns FC Barcelona? 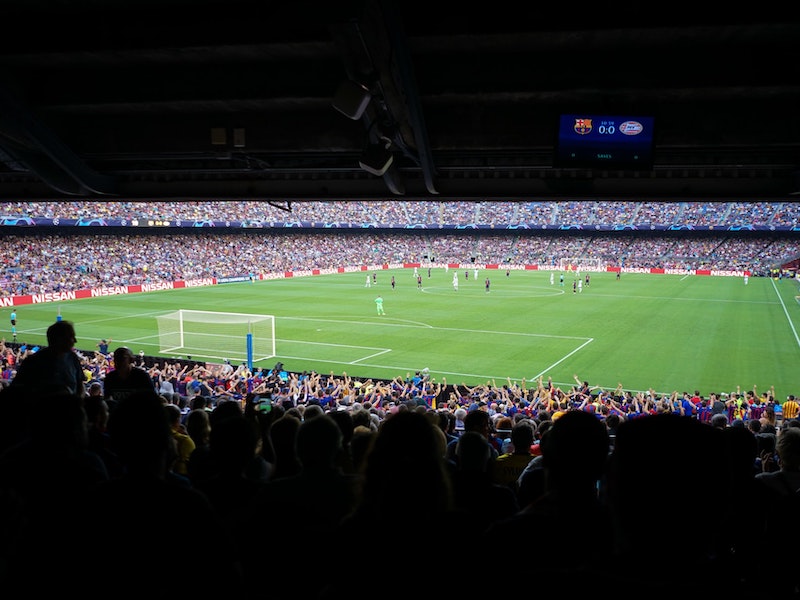 FC Barcelona is one of the world’s most recognisable sports clubs. It has a global fan base thanks to sustained success over much of the last half century.

At present, only the main stand at the Camp Nou is covered by a roof, as has been the case since its construction. Current renovation work on the venue will add a roof that covers the whole ground.

Plans were unveiled in 2015 to modernise the Camp Nou and add a roof that would cover the entire stadium. Construction began in 2017 and is expected to run until 2021 at the earliest.

The club has continued to play its home matches at the venue whilst the work is carried out.

The stadium replaced the club’s previous home, the 60,000 capacity Camp de Les Corts, where the Blaugrana had played from 1922 to 1957.

The decision to move to a new home was brought about by the signing of Hungarian forward Laszlo Kubala from MTK Budapest. The club wanted the infrastructure to support larger crowds due to the high profile signing.

The Camp Nou cost just under two billion euros to construct and was originally to be called Estadi del FC Barcelona. However, this was put to a popular vote which was won by the name Camp Nou.

The home of FC Barcelona was modernised in 1980 to meet requirements ahead of the 1982 FIFA World Cup, with a number of additional VIP facilities being added. Five matches during the tournament were played at the ground.

Officially, the Camp Nou currently has a capacity of 99,354 but the ground’s record attendance was 120,000 for the 1986 European Cup quarter-final first leg between Barcelona and Juventus, which Barca won 1-0.

European heavyweights #Barca and #Juve locked horns in the Quarter Finals of the European Cup back in 1986.

An Alberto goal at the Camp Nou and a header from @SteveArchibald8 in Turin gave Barca a 2-0 lead. Michele Platini pulled a consolation goal back for Juve #BARJUV pic.twitter.com/J6AlwRWV7w

It is the largest stadium in both Spain and Europe and is the fourth largest football ground in the world by capacity. Two Champions League/European Cup finals have been played at the Camp Nou in 1989 and 1999.

Laporta, Socios and Bartomeu: Who owns and runs FC Barcelona?

FC Barcelona is organised as a registered association, meaning that the club’s wealth is derived solely from the revenue that they generate. Despite this, the club are one of the richest teams in world sport.

Barcelona is owned and run by its members, who are led by an elected president.

Barça was named the fourth most valuable sports team in the world by Deloitte in 2017, with a valuation of $3.64billion. Supporters cannot purchase shares in the club and instead must buy a membership to have ownership of Barcelona.

They are one of four professional clubs that follow this model in Spain, alongside Athletic Club, Osasuna and El Clásico rivals Real Madrid. The club’s members, or socios (as they are often referred to), are the highest governing body of the club.

The socios elect a club president and Barça have had a total of 40 presidents since their formation in 1899.

❗️ Joan Laporta is preparing for the 2021 Barça presidential election. Victor Font and Laporta are studying the possibility of working together.

However, both of them want to become the president and have different set of ideas. [carrusel] pic.twitter.com/PZdbKw39i0

The club’s most successful president to date in terms of trophies won is Joan Laporta. Barcelona won 12 major trophies during Laporta’s tenure, which ran from 2003 to 2010.

Current interim president Carles Tusquets has been in the role since October 2020 after the resignation of the polarising Josep Maria Bartomeu, and Tusquets will remain in the role until the presidential election in 2021.