How Was Arsenal Football Club Founded? 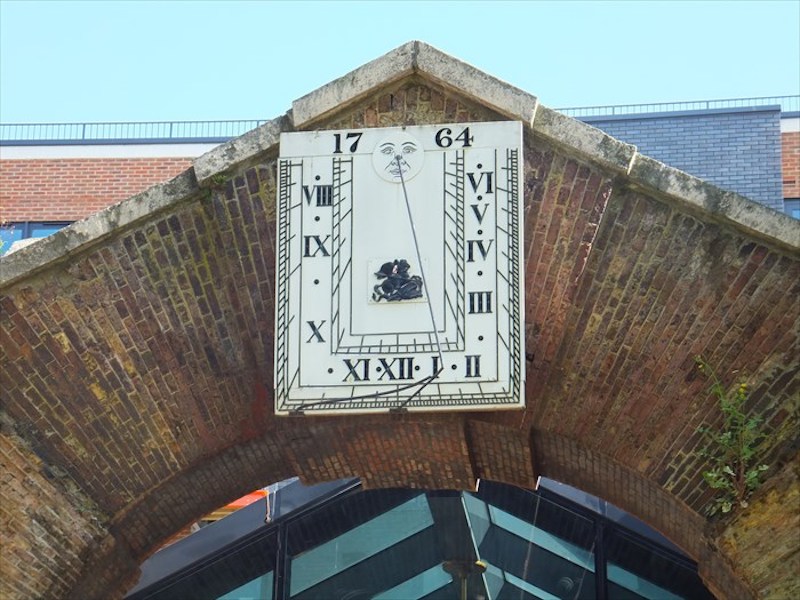 Few teams in English or European football have the established pedigree of Arsenal Football Club. London’s most successful club have won 48 major trophies in their history, including league titles and FA Cups – making them one of the great footballing powerhouses in England.

In comparison to some of their great rivals, though, Arsenal Football Club has a somewhat chequered history - with changes of name and location well documented in the early days of the club.

Here we look at how the club first came about in the later stages of the 19th century.

Arsenal Football Club was founded in 1886 by David Danskin - a worker at the Woolwich Arsenal Armament Factory - and his fellow co-workers. They called themselves Dial Square FC which referenced the sundial (pictured above) that was located at the factory’s entrance.

Their name was later to become Woolwich Arsenal as the club grew in stature. In the 1910s Arsenal moved to North London to play their home games after running into financial troubles.

Like many football/sports teams of the time, Arsenal were originally formed as a recreational activity for working class individuals who had a day job working in mines or factories as the UK was gripped by an industrial revolution.

This trend swept the North of England, with men often spending 5 days of the week working down the pit, a Saturday playing or watching football and going to church on Sunday.

This routine became ingrained within English culture and arrived in London by the 1880s.

Woolwich was a suburb of South-East London that housed many munition factories and the need of the workers to be able to play/watch some recreational sport grew over time.

They were the local team within the community and became well supported, bringing in finances and allowing the team to grow in reputation.

Moving to London in 1912 transformed the club’s fortunes. Local entrepreneur Henry Norris was influential in orchestrating the Gunners’ move across the city and it was a move they hugely profited from.

No team had previously been operating out of London prior to 1900 and so Arsenal were the first Football League club to originate from the capital.

Whilst Woolwich is based on the outskirts of London, Highbury (Arsenal’s home since the 1910s) was ideally located within the capital for football fans.

In moving into inner city London, Arsenal set the trend for London clubs admitted to the Football League to come with the likes of Chelsea and Tottenham developing a fierce rivalry with the Gunners – who were always seen as the outsiders in the capital.

Despite their move across the city, Arsenal have always stayed true to their roots. First, in the name. Whilst the Woolwich was dropped and other names were suggested, the fact that the team originated from a munitions factory was always represented in the team name Arsenal.

Furthermore, the nickname Gunners has been part of the club’s history since the late 1880’s and it is still used in club lexicon today.

Moving to North London had a hugely positive impact on Arsenal Football Club – as they were able to pull in more fans and in turn develop more resources.

The first ever game played at Highbury in 1913 saw more than 20,000 fans in attendance – a mark of the immediate impact Arsenal had in the community in North London.

Their rivalry with the already established Tottenham Hotspur in that area of the city only strengthened Arsenal’s foothold in the area - with fans debating for generations which team is better represented in the area.

Over 100 years on, Arsenal have become one of English football’s leading lights and have come a long way from very humble beginnings.

From starting out as a team of workers in a munitions factory that had to borrow kit - to still being known by the same name as a Premier League side. It is testament to the growth enjoyed by Arsenal football club.