Is the Tottenham Hotspur Stadium in the same place? 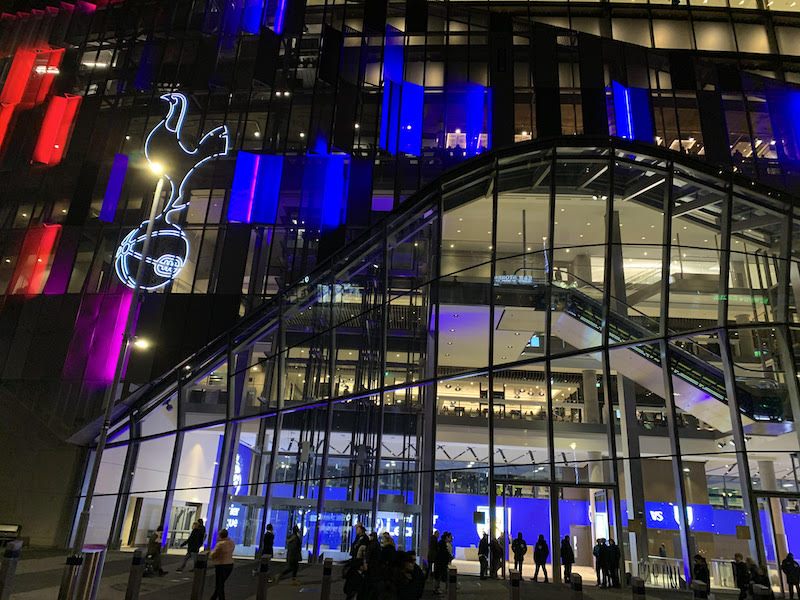 The Tottenham Hotspur Stadium is just one component of the club and local authority’s Northumberland Development Project for the local community. Here you can see a great time-lapse that shows how the new stadium was built around the site of White Hart Lane:

How our new home was built.
#SpursNewStadium ⚪️ #COYS pic.twitter.com/vzNZD1u5um

The move away from their White Hart Lane home

Having explored several potential plans to move to a larger stadium during the 2000s, the Spurs hierarchy decided to demolish their stadium and build a new ground on the same site after losing to West Ham United in a bid for the London Olympic Stadium.

Work on the stadium began with sections of the North and East Stands being removed in 2016. This led to the club playing all their European home matches at Wembley Stadium during the 2016/17 season as White Hart Lane no longer met UEFA standards.

Full demolition began the day after the ground’s final match in May 2017 - a 2-0 win over Manchester United. The demolition was completed three months later in August 2017. For the 2017/18 season, Spurs played all home matches at Wembley whilst the new stadium was constructed.

The future of football at the Tottenham Hotspur Stadium

The construction of Spurs’ new 62,000 capacity home stadium began in June 2017 as demolition of White Hart Lane continued. The external cladding of the stadium was finished in March 2019, with full completion occurring within a few weeks. Four test events had originally been planned for the venue in August and September 2018 but these were pushed back due to health and safety concerns related to issues with electrical wiring within the stadium.

Besides, the planned first match at the stadium against Liverpool in September 2018 took place at Wembley Stadium, as the club were forced to extend their tenancy at the home of English football until April 2019. Eventually, the stadium’s opening ceremony took place before its maiden fixture between Tottenham Hotspur and Crystal Palace on the 3rd of April 2019.

Spurs won the match 2-0, with Son Heung-min scoring the stadium’s first goal. The new ground is still served by the White Hart Lane underground station as before. The club has kept the name of the ‘Tottenham Hotspur Stadium’ due to its intentions to sell the naming rights to the stadium to an external sponsor, with deals priced at £20million to £25million annually depending on the length of the deal. The stadium has two retractable pitches - one for football and one for other events.

The secondary turf’s primary use is for NFL matches, with the club having a deal with the league to host at least two matches a year as part of the NFL International Series. The ground can hold an additional 14 non-football events annually with up to six of these being concerts. Other planned events include rugby union, rugby league and boxing spectacles.

Renovating the local area with the Northumberland Development Project

As part of the club’s plans to build their new stadium, Spurs joined forces with local authorities to create the Northumberland Development Project to plan the renovation of the area surrounding the stadium. As well as the new 62,000 seater Tottenham Hotspur Stadium, the area includes the Tottenham Experience - featuring the Tottenham Museum at the Grade II listed Warmington House. The clubs headquarters are situated to the north of the stadium at Lilywhite House.

Other buildings involved include a new ticket office, renovated housing and the Tottenham Hotspur Foundation. A hotel and a primary school have also been constructed in the adjacent areas.