The next big Copa de la Liga Profesional fixture on Saturday will see Boca Juniors take to the field against Racing Club.

Boca Juniors will want to continue from where they left off last time out with the 2-0 Copa de la Liga Profesional triumph vs Defensa y Justicia.

Under three goals per match were scored during 5 of the last 6 meetings where Boca Juniors have been involved. Regarding the goal attribution in this period, their opponents scored a total of 3 and Boca Juniors got themselves 9.

Racing Club will go into this game after a 5-0 Copa de la Liga Profesional win as they beat Aldosivi in their last fixture.

During their six previous matches, Fernando Gago's Racing Club have managed to stick the ball in the net a total of 10 times, earning them the goals per game average of 1.67.

A review of their past head-to-head meetings going back to 07/10/2018 tells us that Boca Juniors have won 1 of these games and Racing Club 2, with the tally of drawn games being 3.

A sum of 8 goals were scored between them in these games, with 4 of them from Los Xeneizes and 4 belonging to La Academia. The average goals per game has been 1.33.

The previous league meeting featuring the two was Superliga match day 9 on 29/08/2021 which ended up with the score at Boca Juniors 0-0 Racing Club.

That day, Boca Juniors had 60% possession and 11 shots on goal with 4 of them on target.

On the other side, Racing Club had 8 shots at goal with 1 of them on target.

We’ve got the feeling that Racing Club and Boca Juniors could both well score here although it’s hard to see a clear-cut winner.

Shouldn’t be much in it, and a draw looks quite a realistic result. We’re therefore anticipating a tight encounter with a 1-1 draw when all is said and done. 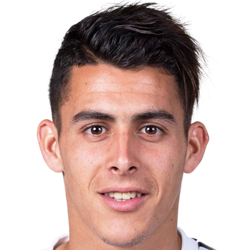 Mostly taking up the Left Wing position, Cristian Pavón was born in Córdoba, Argentina. Having made a first senior appearance for Boca Juniors in the 2015 season, the dangerous Forward has managed 4 league goals in the Superliga 2021 season to date from a total of 21 appearances.

While we have made these predictions for Boca Juniors v Racing Club for this match preview with the best of intentions, no profits are guaranteed. Always gamble responsibly, and with what you can afford to lose. We wish you the best of luck.