Finn Harps will host away side Bohemian FC at Finn Park in this Premier Division tie on Saturday.

Full predictions, pre-match stats and user poll for Finn Harps v Bohemian FC are shown on this page - along with the latest match odds.

Finn Harps will be hoping for a better result following the 5-1 Premier Division loss in their previous game against Shamrock Rovers.

Finn Harps have been on a persistent run of goalscoring form, hitting the target in one hundred percent of their last 6 matches.

They have hit an aggregate of 10 during that period and have conceded a total of 14. Putting that to one side, we must now wait to see if such a trend shall be maintained in this upcoming game or not.

Leading up to this clash, Finn Harps:

Since tasting defeat last time out to Shelbourne in FAI Cup action, Bohemian FC and their travelling fans will hope for a better result here.

Trevor Croly's Bohemian FC have seen their goal attempts be successful 5 times in the course of their latest six matches. The overall goals that they have conceded during those matches comes to 8.

Checking on their most recent head-to-head meetings dating back to 08/05/2021 tells us that Finn Harps have won 1 of these & Bohemian FC 3, with the number of draws being 2.

A combined sum of 20 goals were produced between them in these games, with 7 of them from The Harps and 13 belonging to The Bohs. That’s an average goals per game of 3.33.

It doesn’t get much better regarding selection, with just a single fitness concern for the Finn Harps gaffer Ollie Horgan to be concerned about thanks to an almost full-strength group of players. David Webster (Cruciate Ligament Injury) misses out.

Thanks to a fully injury-free group to choose from, the Bohemian FC manager Trevor Croly has zero fitness concerns to speak of before this game.

Looking at these two teams, we feel that Finn Harps will have to play well to see themselves scoring against this Bohemian FC team who we think should get the vital goal that wins it.

We’re therefore anticipating a highly competitive game with a 0-1 winning margin for Bohemian FC at the end of the 90. 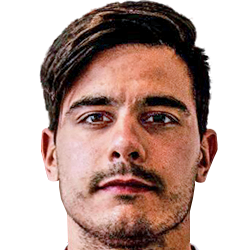 Regularly taking up the Striker position, Filip Mihaljević was born in Zagreb, Croatia. After making a first senior appearance for Slaven Belupo in the 2014 - 2015 season, the talented Forward has scored a sum of 5 league goals in the Premier Division 2022 season to date coming from a total of 29 appearances.

While we have made these predictions for Finn Harps v Bohemian FC for this match preview with the best of intentions, no profits are guaranteed. Always gamble responsibly, and with what you can afford to lose. Best of luck with your selections.