Our Dijon v Girondins de Bordeaux predictions, statistics and match poll can be seen below - as well as up-to-date odds.

Dijon, who won their previous game, will hope for a similar result following the 2-1 Ligue 2 triumph against Valenciennes FC.

Omar Daf's Dijon have hit the back of the net a sum total of 10 times in their preceding 6 outings. The tally of goals that have been scored against them in those same fixtures stands at 6.

Looking at their past form shows that Dijon:

Previously, Bordeaux drew 1-1 in the Ligue 2 match with Amiens SC.

The only name on the scoresheet from Girondins de Bordeaux was Josh Maja (42'). George Ilenikhena (92') scored for Amiens SC.

Girondins de Bordeaux have seen success in front of goal of late, scoring 7 times in their last 6 matches. This doesn’t mask the fact that Girondins de Bordeaux can also improve defensively after being scored against in 6 of those same clashes. It will be interesting to see whether or not that trend will end up being sustained into this next match.

Their prior results show that Girondins de Bordeaux:

An examination of past results between these clubs going back to 24/08/2019 shows that these fixtures have not been kind to Dijon. They’ve not been able to get themselves any wins whatsoever while Bordeaux have been dominant against them, running out winners in 83% of those ties.

A combined sum of 18 goals were scored between the two sides in these games, with 4 of them for Dijon and 14 being from Les Girondins. The average goals per game has been 3.

The previous league contest featuring these sides was Ligue 2 match day 9 on 17/09/2022 and the score finished Girondins de Bordeaux 2-1 Dijon.

The Dijon boss Omar Daf will be happy not to have any fitness concerns at all before this clash with a fully healthy group to choose from.

In an otherwise available group of players, there is just the lone fitness worry for the Bordeaux boss David Guion to be concerned about. Lucas Rocrou (Dead Leg) won’t be in action.

We’re thinking that Dijon could find themselves up against it to put one past this Girondins de Bordeaux lineup who we reckon will get a goal themselves and run out victorious.

We’re going for a hard-fought contest, finishing with a 0-1 advantage for Girondins de Bordeaux at the end of the 90 minutes. 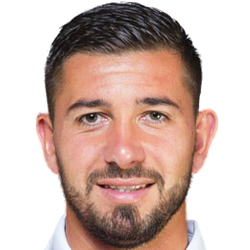 Normally used in the Striker position, Mickaël Le Bihan was born in Ploemeur, France. After making a first senior appearance for in the 2009 - 2010 season, the gifted Forward has hit 6 league goals in this Ligue 2 2022 - 2023 campaign so far in a total of 19 appearances.

We have made these Dijon v Girondins de Bordeaux predictions for this match preview with the best intentions, but no profits are guaranteed. Please always gamble responsibly, only with money that you can afford to lose. We wish you the best of luck.