Boreham Wood line up against away team Dorking Wanderers at Meadow Park in the National League game on Tuesday.

Scroll down to see all of the predictions, poll and statistics for Boreham Wood v Dorking Wanderers (inc. the best betting odds).

Boreham Wood head into this match after a 1-1 National League stalemate vs Notts County.

The only scorer from Boreham Wood was George Broadbent (44'). Cedwyn Scott (56') was the scorer for Notts County.

Since being defeated in their last game at the hands of Oldham Athletic in National League competition, Dorking Wanderers and their travelling supporters will be hoping that they can get a better result in this one.

Dorking Wanderers have regularly broken through opposing defences of late, having scored 7 goals in their last 6 matches. This doesn’t mask the fact that Dorking Wanderers have had their own issues at the back, also conceding in 6 of those same outings. Previous results aside, time will tell whether that trend shall be sustained in this next match.

The last league game between these sides was National League match day 6 on 29/08/2022 when it finished Dorking Wanderers 1-4 Boreham Wood.

The match was refereed by Paul Johnson.

The Boreham Wood boss Luke Garrard will be happy not to have any fitness concerns at all before this match thanks to a fully healthy squad ready to go. Bruno Andrade is ineligible for this match because of suspension.

Out of a mainly available squad, there’s only the lone fitness worry for the Dorking Wanderers manager Marc White to be concerned about. Alfie Rutherford (Cruciate Ligament Rupture) won’t be in action.

We’re inclined to think that Boreham Wood should really score a couple of goals when they line up against Dorking Wanderers, who might well find it a difficult task to score.

Therefore, we are anticipating a pretty comfortable 2-0 victory for Boreham Wood at full-time. 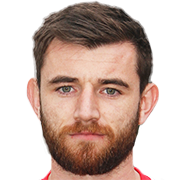 Usually taking up the Striker position, Danny Newton was born in England. After having made a senior debut playing for Nuneaton Town in the 2012 - 2013 season, the skilful Forward has managed to score 3 league goals in the National League 2022 - 2023 season so far in a total of 20 appearances.

While we have made these predictions for Boreham Wood v Dorking Wanderers for this match preview with the best of intentions, no profits are guaranteed. Always gamble responsibly, and with what you can afford to lose. Good luck if you do place a bet today.