Grimsby Town will host the visiting Boreham Wood at Blundell Park in this National League clash on Tuesday.

Scroll down for all of our predictions, poll and stats for the Grimsby Town v Boreham Wood game - along with the latest match odds.

Grimsby Town will be looking for an improved result here following a 1-3 National League loss in their previous game against Maidenhead United.

For Grimsby Town, the goals were scored by Luke Waterfall (25' Own goal) and Tristan Abrahams (76'). Sam Barratt (27') and Ryan Upward (68') scored for Maidenhead United.

Paul Hurst's Grimsby Town have scored 8 times in their past 6 outings. Conversely, the number of goals that have been scored against them in those games amounts to 7.

The numbers tell their own story, and Boreham Wood have been scored against in 5 of their last 6 games, seeing their opponents hit 7 goals in total. At the back, Boreham Wood can certainly do much better.

Going into this one, Boreham Wood are without a win away from home in their last 2 league matches.

The last league clash featuring the two was National League match day 35 on 19/03/2022 which ended up with the score at Boreham Wood 0-0 Grimsby Town.

The Grimsby Town manager Paul Hurst doesn’t have any fitness concerns at all ahead of this clash thanks to a completely injury-free squad available to choose from. Luke Waterfall is ineligible for this match because of suspension.

With a fully injury-free squad to choose from, the Boreham Wood boss Luke Garrard has no fitness concerns at all before this match. Jamal Fyfield is ineligible for this match because of suspension.

Looking at these two teams, we feel that Boreham Wood will need things to go their way to find the net against this Grimsby Town lineup who should do enough to score at the other end and edge ahead.

With that in mind, we reckon that it will be a very competitive encounter with a 1-0 winning score for Grimsby Town when the referee blows for full-time. 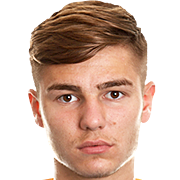 Normally playing in the Striker position, John McAtee was born in England. Having made a first senior appearance for Shrewsbury Town in the 2016 - 2017 season, the dangerous Forward has managed 13 league goals in this National League 2021 - 2022 campaign to date in a total of 35 appearances.

While we have made these predictions for Grimsby Town v Boreham Wood for this match preview with the best of intentions, no profits are guaranteed. Always gamble responsibly, and with what you can afford to lose. Good luck!