Eintracht Frankfurt will take to the pitch with visitors Gladbach at Deutsche Bank Park in this Bundesliga 1 game on Sunday.

Full predictions, pre-match stats and user poll for Eintracht Frankfurt v Borussia Mönchengladbach are shown on this page including the latest game odds.

Eintracht Frankfurt, who won their previous game, will hope for a similar result following a 1-0 Europa League success vs West Ham United.

Ahead of this meeting, Eintracht Frankfurt haven’t won at home in the past 3 matches in the league.

Gladbach go into this match after a 3-1 Bundesliga 1 win with the eclipse of RB Leipzig in their most recent match.

Proving their partiality to action-packed matches, we’ve seen goals 20 times in the prior 6 matches in which Borussia Mönchengladbach have taken to the pitch, giving a mean average of 3.33 goals for each fixture. Opposition teams have got 8 of these goals. Such a trend might not be carried forward here, of course.

Taking a look at their past results, Borussia Mönchengladbach:

A look at their most recent head-to-head clashes stretching back to 17/02/2019 tells us that Eintracht Frankfurt have won 1 of these & Gladbach 3, with the tally of drawn matches standing at 2.

There were also goals galore in those games, with 27 in all at an average of 4.5 goals per match.

The last league clash featuring these clubs was Bundesliga 1 match day 16 on 15/12/2021 when it ended Borussia Mönchengladbach 2-3 Eintracht Frankfurt.

In that match, Borussia Mönchengladbach had 58% possession and 18 attempts on goal with 8 of them on target. The goalscorers were Florian Neuhaus (6') and Ramy Bensebaïni (54').

Due to a mostly full-strength group, there is just the one fitness issue for the Gladbach boss Adi Hütter to be concerned about. Marcus Thuram (Muscular problems) misses out for this game. The players who will not be able to play in this game through being suspended are Nico Elvedi and Kouadio Koné.

We believe that Borussia Mönchengladbach have enough to put a goal past this Eintracht Frankfurt lineup, however that might not quite be as many as they’ll concede.

Our tip is for a narrow 2-1 victory for Eintracht Frankfurt after 90 minutes. Looking forward to this. 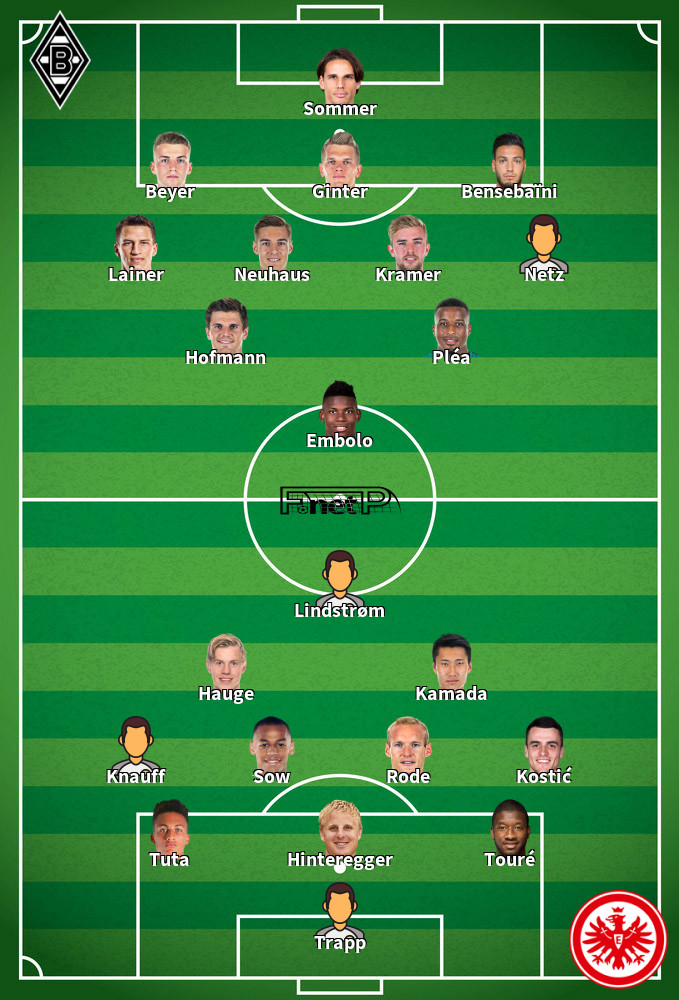 Usually deployed in the Central Attacking Midfielder position, Jesper Lindstrøm was born in Taastrup, Denmark. After having made a senior debut playing for Brøndby IF in the 2019 - 2020 season, the goalscoring Midfielder has scored 5 league goals in the Bundesliga 2021 - 2022 campaign to date from a total of 29 appearances.

While we have made these predictions for Eintracht Frankfurt v Borussia Mönchengladbach for this match preview with the best of intentions, no profits are guaranteed. Always gamble responsibly, and with what you can afford to lose. Good luck if you do place a bet today.