Scroll down to see all of the predictions, poll and statistics for Hannover v Borussia Mönchengladbach (plus the best game odds).

Hannover will be looking for a repeat result of the 0-1 Bundesliga 2 victory against Hansa Rostock.

Christoph Dabrowski's Hannover have netted 5 times over their past 6 outings. At the other end, the tally of goals that have been scored against them in those games is 9.

After suffering a loss in their previous game against Bayer Leverkusen in Bundesliga 1 action, Gladbach and their travelling supporters will be hoping that they can get a better result in this one.

In a total of 5 out of the previous 6 clashes involving Borussia Mönchengladbach, at least three goals have been hit. The average goals scored per match within that time is 4, with the number of goals averaged by Borussia Mönchengladbach equalling 1.17. That sort of pattern might not follow through into this next game, however.

Looking over their prior head-to-head clashes stretching back to 21/11/2015 shows that Hannover have won 1 of these & Gladbach 5, with the number of drawn games standing at 0.

A combined total of 15 goals were scored between the two sides throughout the course of those matches, with 5 of them for Hannover and 10 created by Gladbach. The average number of goals per game works out to 2.5.

The previous league game featuring the two was Bundesliga 1 match day 29 on 13/04/2019 when it finished Hannover 0-1 Borussia Mönchengladbach.

In that match, Hannover managed 42% possession and 12 attempts on goal with 5 on target.

Borussia Mönchengladbach got 19 attempts at goal with 9 on target. Caetano de Araújo (53') scored.

We feel that in this game, Hannover are likely to find the net against this Borussia Mönchengladbach team, although one goal may not quite be as many as they’ll concede.

Therefore, we think that it’s going to be a very close game with a 1-2 win for Borussia Mönchengladbach when all is said and done. Let’s see what eventuates. 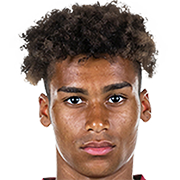 Mostly taking up the Central Attacking Midfielder position, Linton Maina was born in Berlin, Germany. After making a first senior appearance for Hannover in the 2017 - 2018 season, the skilful Midfielder has netted 4 league goals in this 2. Bundesliga 2021 - 2022 season to date in 16 appearances.

While we have made these predictions for Hannover v Borussia Mönchengladbach for this match preview with the best of intentions, no profits are guaranteed. Always gamble responsibly, and with what you can afford to lose. Good luck!