Coventry City make the trip to Vitality Stadium on Saturday for the Championship fixture with home side Bournemouth.

Our predictions, user poll and statistics for Bournemouth v Coventry City can be found here (including the best match odds).

Bournemouth go into this fixture coming off the back of a 1-1 Championship draw versus Millwall.

Bournemouth haven’t been able to stop scoring goals, finding the back of the net in each and every one of their last 6 matches.

They’ve managed to rack up 13 during that time while also conceding a total of 6.

Heading into this contest, Bournemouth haven't been beaten in the league by Coventry City in their last 2 matches.

In their last game, Coventry City drew 0-0 in the Championship match with Birmingham City.

In the course of their six most recent matches, Mark Robins's Coventry City have managed to stick the ball in the net a total of 6 times thus earning them a goals scored per game average of 1.

Coming into this contest, Coventry City are unbeaten in their previous 2 league matches away from home.

The last league contest featuring these clubs was Championship match day 41 on 10/04/2021 and the score finished Bournemouth 4-1 Coventry City.

Coventry City had 7 shots on goal with 2 of them on target. Matty James (3') scored.

The Bournemouth manager Scott Parker has zero fitness concerns to speak of coming into this match owing to a fully injury-free squad available to select from.

Due to a fully healthy group available for selection, the Coventry City manager Mark Robins has zero fitness worries to report coming into this match.

We believe that Bournemouth will likely create enough chances to score more than one when they come up against Coventry City, who will be up against it scoring a goal of their own.

Therefore, we are anticipating a controlled 2-0 winning score for Bournemouth at the end of this one. 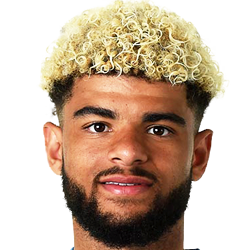 Usually playing in the Centre Midfield position, Philip Billing was born in Denmark. Having made his senior debut playing for Huddersfield Town in the 2013 - 2014 season, the talented Midfielder has contributed 6 league goals in the Championship 2021 - 2022 campaign to date in 17 appearances.

We have made these Bournemouth v Coventry City predictions for this match preview with the best intentions, but no profits are guaranteed. Please always gamble responsibly, only with money that you can afford to lose. Good luck!