Brentford journey to John Smith's Stadium on Saturday for the Championship meeting with hosts Huddersfield.

Scroll down for all of our predictions, poll and stats for the Huddersfield v Brentford game (including the best match odds).

Huddersfield will play in this game after a 1-1 Championship draw against Sheffield Wednesday.

Huddersfield Town haven’t exactly had impressive attacking statistics in more recent games. Their ‘goals for’ figure stands at just 3 against opponents over their last six fixtures. In those games, The Terriers have also seen the number of goals that have gone against them come to 7. That sort of pattern won’t necessarily follow through here, of course.

Looking at their past form shows that Huddersfield Town:

In their last game, Brentford drew 1-1 in the Championship tie with Nottingham Forest.

Thomas Frank's Brentford have converted 9 times in the course of their latest six matches. The aggregate of goals that they have conceded during the equivalent period comes to 5.

Looking at their past form shows that Brentford:

A review of their past head to head meetings going back to 07/05/2016 shows us that Huddersfield have won 3 of these games & Brentford 2, with the tally of drawn results standing at 1.

An aggregate of 14 goals were yielded between them throughout the course of those matches, with 5 of them from The Terriers and 9 coming from The Bees. That’s an average goals per game of 2.33.

The previous league clash between the two was Championship match day 2 on 19/09/2020 when the final score was Brentford 3-0 Huddersfield Town.

For their opponents, Huddersfield Town had 10 shots on goal with 4 of them on target.

The match was refereed by Craig Pawson.

With a completely injury-free group available to choose from, Brentford boss Thomas Frank has zero fitness concerns at all coming into this game.

We’re thinking that Huddersfield will need to apply a lot of pressure to hit the back of the net against this Brentford side who we think should be able to get on the scoresheet themselves in a winning performance.

We’re therefore anticipating a 0-1 winning margin for Brentford at full-time. 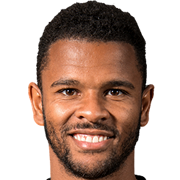 Mostly used in the Striker position, Fraizer Campbell was born in Huddersfield, England. Having made his senior debut playing for Antwerp in the 2006 - 2007 season, the skilful Forward has scored a sum of 7 league goals in the Championship 2020 - 2021 season so far coming from a total of 36 appearances.

We have made these Huddersfield v Brentford predictions for this match preview with the best intentions, but no profits are guaranteed. Please always gamble responsibly, only with money that you can afford to lose. We wish you the best of luck.