Brentford will arrive at Elland Road on Sunday for the Premier League showdown with hosts Leeds United.

Scroll down for all of our predictions, poll and stats for the Leeds United v Brentford game - as well as the best betting odds.

Leeds United will be looking for another win after a 5-2 FA Cup victory versus Cardiff City.

At least three goals per match have been seen in 5 of the past 6 meetings where Leeds United have played. Opposing sides scored 11 times in this period whereas Leeds United bagged a total of 11.

Coming into this contest, Leeds United are without a home win in the past 2 league matches.

Brentford come into this meeting following a 2-0 Premier League win vs Bournemouth in their previous game.

In the course of their six previous matches, Thomas Frank's Brentford have turned their attacks into goals 11 times thus giving them a goals per game average of 1.83.

Taking a look at their past results, Brentford:

Looking at the statistics for their head to head duels dating back to 22/04/2019, both clubs have shared the honours with Leeds United winning 2 of those games, Brentford 2 and 2 being drawn in regulation time.

A sum of 19 goals were scored between the two sides throughout the course of those matches, with 8 of them for The Whites and 11 being from The Bees. The average goals per game has been 3.17.

There aren’t many personnel worries, with just the lone fitness concern for the Leeds United manager Jesse Marsch to be concerned with from an otherwise fully-primed group. Stuart Dallas (Femoral Fracture) is sidelined.

Due to a completely healthy group to pick from, the Brentford boss Thomas Frank has no fitness concerns to speak of before this match.

When taking everything into account, Brentford might well have a job on their hands to score against this Leeds United team who will likely be able to get on the scoresheet themselves in a winning performance.

We’re therefore expecting a narrow 1-0 winning score for Leeds United at the end of this one. 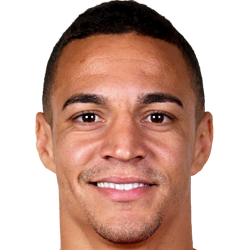 Regularly deployed in the Striker position, Rodrigo was born in Rio de Janeiro, Brazil. After making a first senior appearance for Bolton Wanderers in the 2010 - 2011 season, the goalscoring Forward has managed to score 10 league goals in the Premier League 2022 - 2023 season so far coming from a total of 17 appearances.

While we have made these predictions for Leeds United v Brentford for this match preview with the best of intentions, no profits are guaranteed. Always gamble responsibly, and with what you can afford to lose. Best of luck.