Reggiana will do battle with visiting rivals Brescia at Mapei Stadium-Città del Tricolore in this Serie B match on Monday.

View all Reggiana v Brescia tips, stats and our pre-match poll below - as well as the best betting odds.

Reggiana will play in this fixture following on from a 0-0 Serie B tied result versus Frosinone.

Reggiana have not been in good attacking form of late. Their goals record equals just 2 against opposition teams during their last 6 outings. In those games, I Granata have also seen the tally of goals against them come to 12. Let’s see whether or not that trend will end up being continued on here.

Heading into this fixture, Reggiana are without a home win in the past 3 league games.

Brescia head into the game following on from a 4-1 Serie B win over Pordenone in their last fixture.

In that match, Brescia managed 62% possession and 20 shots at goal with 8 on target. For Brescia, the goals were scored by Emanuele Ndoj (9', 39'), Andrea Cistana (15') and Jakub Łabojko (88'). On the other side, Pordenone had 8 shots on goal with 3 of them on target. Sebastian Musiolik (20') scored for Pordenone.

A succession of reliable showings by the Brescia defenders has seen their ‘goals against’ tally standing at 2 from their last 6 outings combined. In that period of time, their own forwards have managed to score 9.

The previous league meeting featuring these sides was Serie B match day 13 on 19/12/2020 when it ended Brescia 3-1 Reggiana.

That time, Brescia managed 41% possession and 9 attempts at goal with 4 on target. Goals were scored by Ernesto Torregrossa (8'), Filip Jagiełło (45') and Antonino Ragusa (81').

At the other end, Reggiana got 18 shots on goal with 3 of them on target. Igor Radrezza (32') was the scorer.

Looking at these two, we feel that Brescia and Reggiana should both be able to score here although it’s hard to pick a clear winner.

It’s looking like it could well end up as a draw. That’s why we have predicted a 1-1 score when all is said and done. 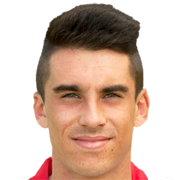 Generally played in the Central Attacking Midfielder position, Igor Radrezza was born in Padova, Italy. After making a first senior appearance for Padova in the 2011 - 2012 season, the dangerous Midfielder has netted 3 league goals in this Serie B 2020 - 2021 season so far in 29 appearances.

While we have made these predictions for Reggiana v Brescia for this match preview with the best of intentions, no profits are guaranteed. Always gamble responsibly, and with what you can afford to lose. Good luck if you do place a bet today.