Return to this page a few days before the scheduled game when this expired prediction will be updated with our full preview and tips for the next match between these teams.
Full-Time Result Prediction for Brescia vs Napoli
Napoli to Win
Brescia will be hosting visiting side Napoli at Stadio Mario Rigamonti in the Serie A fixture on Friday.

We believe that Brescia certainly have the ability to breach the defence of this Napoli team, however a single goal likely won’t be as many as they will have scored against them. We’ve gone for both teams to score in a 1-2 winning score for Napoli by the conclusion of the game. Should be a good one. To see all of our predictions, user poll & stats for Brescia v Napoli, scroll down - plus the latest match odds.

Going into this one, Brescia have not won at home in their last 5 league games. Fans are getting restless. 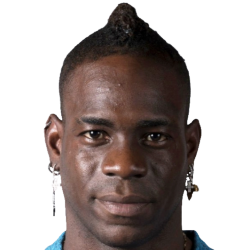 Regularly playing in the Striker position, Mario Balotelli was born in Palermo, Italy. Having made his senior debut playing for Inter Milan in the 2007 - 2008 season, the dangerous Forward has scored a sum of 5 league goals in this Serie A 2019 - 2020 campaign to date in 17 appearances.

We have made these Brescia v Napoli predictions for this match preview with the best intentions, but no profits are guaranteed. Please always gamble responsibly, only with money that you can afford to lose. Good luck if you do place a bet today.