Full predictions, pre-match stats and user poll for Burnley v Bristol City are shown on this page (including the best match odds).

Burnley prepare for this game after a 1-1 Championship drawn result versus Bristol City.

Burnley haven’t had any problems with scoring, hitting the target in each and every one of their last 6 games.

They have claimed a sum of 13 during that time and have conceded a total of 6.

Going into this encounter, Burnley are unbeaten in the league by Bristol City in their previous 5 games.

In their last half-dozen outings, Bristol City have helped themselves to the sum of 15 goals. Bristol City have additionally got on the scoresheet on each one of those occasions. During that period, their defenders have seen 9 goals go into their own net. That pattern might not be continued into this next game, of course.

Coming into this contest, Bristol City have not beaten Burnley in games played away from home for the previous 5 matches in the league. Not good.

An examination of past results between these clubs stretching back to 28/04/2012 tells us that these fixtures have not been fruitful for Bristol City. They have not been able to get themselves any wins whatsoever whereas Burnley have been dominant against them, running out winners in 83% of those matches played.

The last league game featuring the two was Championship match day 11 on 17/09/2022 when it ended Burnley 1-1 Bristol City.

That day, Burnley had 56% possession and 2 shots at goal with 1 on target. Their only player on the scoresheet was Benson Manuel (4').

Bristol City got 0 attempts at goal with 0 on target.

From a largely healthy group, there is only the sole fitness worry for the Bristol City manager Nigel Pearson to be concerned with. Tomas Kalas (Groin Injury) won’t be playing here.

Looking at these two teams, we feel that Burnley can and should dominate possession and create several successful chances.

However, Bristol City won’t find it easy to score a goal of their own - but, we do see them converting at least once.

We reckon that it will be a pretty comfortable 3-1 victory for Burnley at the end of the match. 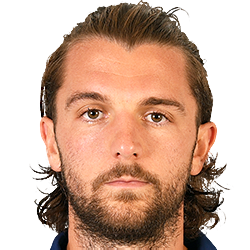 Usually played in the Striker position, Jay Rodriguez was born in Burnley, England. Having made his senior debut playing for Burnley in the 2007 - 2008 season, the accomplished Forward has scored a sum of 4 league goals in this Championship 2022 - 2023 season to date coming from a total of 6 appearances.

We have made these Burnley v Bristol City predictions for this match preview with the best intentions, but no profits are guaranteed. Please always gamble responsibly, only with money that you can afford to lose. Good luck with your selections.