Bristol City won’t want a repeat of their last result here following a 1-0 Championship loss in their previous game against Nottingham Forest.

The Robins have been finding it hard to keep clean sheets recently, although they’ve also managed to convert their own chances into goals. Analysis of their previous 6 games shows that The Robins have been punished defensively in 6 of them in addition to getting on the scoresheet in 5 of those matches. Such a pattern might not be sustained here, though.

Coming into this contest, Bristol City haven’t won at home in the past 3 league games.

In that game, Cardiff City had 57% possession and 7 attempts at goal with 1 on target.

A sequence of reliable displays from the Cardiff City defensive players has seen the number of goals they’ve conceded standing at 4 from their past 6 outings in total. Over that same time, their own attack force has managed to score 9.

Going into this one, Cardiff City are unbeaten in their previous 2 away league matches.

An examination of their most recent head-to-head meetings dating back to 05/03/2016 shows that Bristol City have won 2 of these and Cardiff City 4, with the number of drawn games standing at 0.

A total of 15 goals were scored between the two sides throughout the course of those matches, with 6 for The Robins and 9 for The Bluebirds. That’s an average goals per game figure of 2.5.

The previous league clash featuring these clubs was Championship match day 16 on 10/11/2019 and the score finished Cardiff City 0-1 Bristol City.

In that game, Cardiff City had 52% possession and 16 shots at goal with 3 of them on target.

At the other end, Bristol City had 6 shots at goal with 2 of them on target. Josh Brownhill (67') was the scorer.

Bristol City manager Lee Johnson has zero fitness worries at all ahead of this clash thanks to a fully healthy group available to choose from.

With a fully injury-free group available to choose from, Cardiff City manager Neil Harris doesn’t have any fitness worries to report ahead of this clash.

Here is a game where Bristol City may find it difficult to hit the back of the net against this Cardiff City lineup who we think will likely get the win and a maybe even keep a clean sheet as well.

We’re therefore expecting a highly competitive game with a 0-1 victory for Cardiff City at the end of the match.

Over/Under 2.5 Goals Prediction for Bristol City vs Cardiff City
Under 2.5 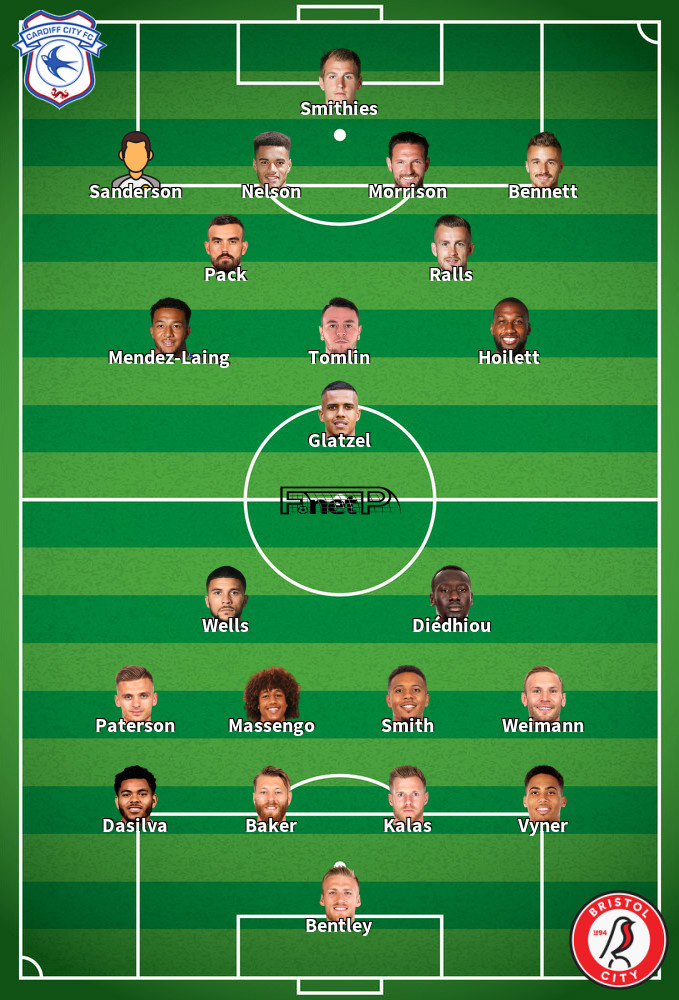 Customarily taking to the field in the Striker position, Famara Diédhiou was born in Saint-Louis, Senegal. After having played his first senior match for Sochaux in the 2014 - 2015 season, the accomplished Forward has managed to score 10 league goals in this Championship 2019 - 2020 campaign to date from a total of 34 appearances.

We have made these Bristol City v Cardiff City predictions for this match preview with the best intentions, but no profits are guaranteed. Please always gamble responsibly, only with money that you can afford to lose. Good luck if you do place a bet today.